Between 1871 and 1875, in the process of modernizing Timisoara, the Franz Josef Theater—the “City Theater”—is built in an elegant, eclectic historical building which harks back to the Italian Renaissance style, directed by the Viennese architects Hermann Helmer and Ferdinand Fellner. There was a small square and the Petrovaradin Gate of the Timișoara Fortress in front of it.

The building is damaged by fires in 1880 and 1920 and, after the latter, the redesign of the facade of the Palace of Culture falls under the purview of the Bucharest-based architect Duiliu Marcu, who conceives its new face: a monumental facade in neo-Romanian style, specific to the time of Carol II, stylized as a triumphal arch and includes both the balcony and the access door from the old façade. The 600-seat hall is rebuilt in neo-Byzantine style with frescoes by the painter Kiriakoff, though its configuration remains in the form of an Italian box. The facades which flank the portal are still blind, with only street access and narrow gaps which accompany the stairs. The simplicity of its composition shocks the press of the time so much so that, when the construction was completed in 1936, it is met with a wave of protests. In 2003, architect Marcela Titz’s rehabilitation project restores the original expression of the side registers of the facade.

The Palace of Culture is home to four art institutions: the Romanian National Opera Timișoara, the “Mihai Eminescu” National Theater, the German State Theater and the “Csiky Gergely” Hungarian Theater, but it gains a special symbolism starting with the Revolution of December 1989 when, from the great arched balcony, Timișoara is declared the first city in Romania free from communism. 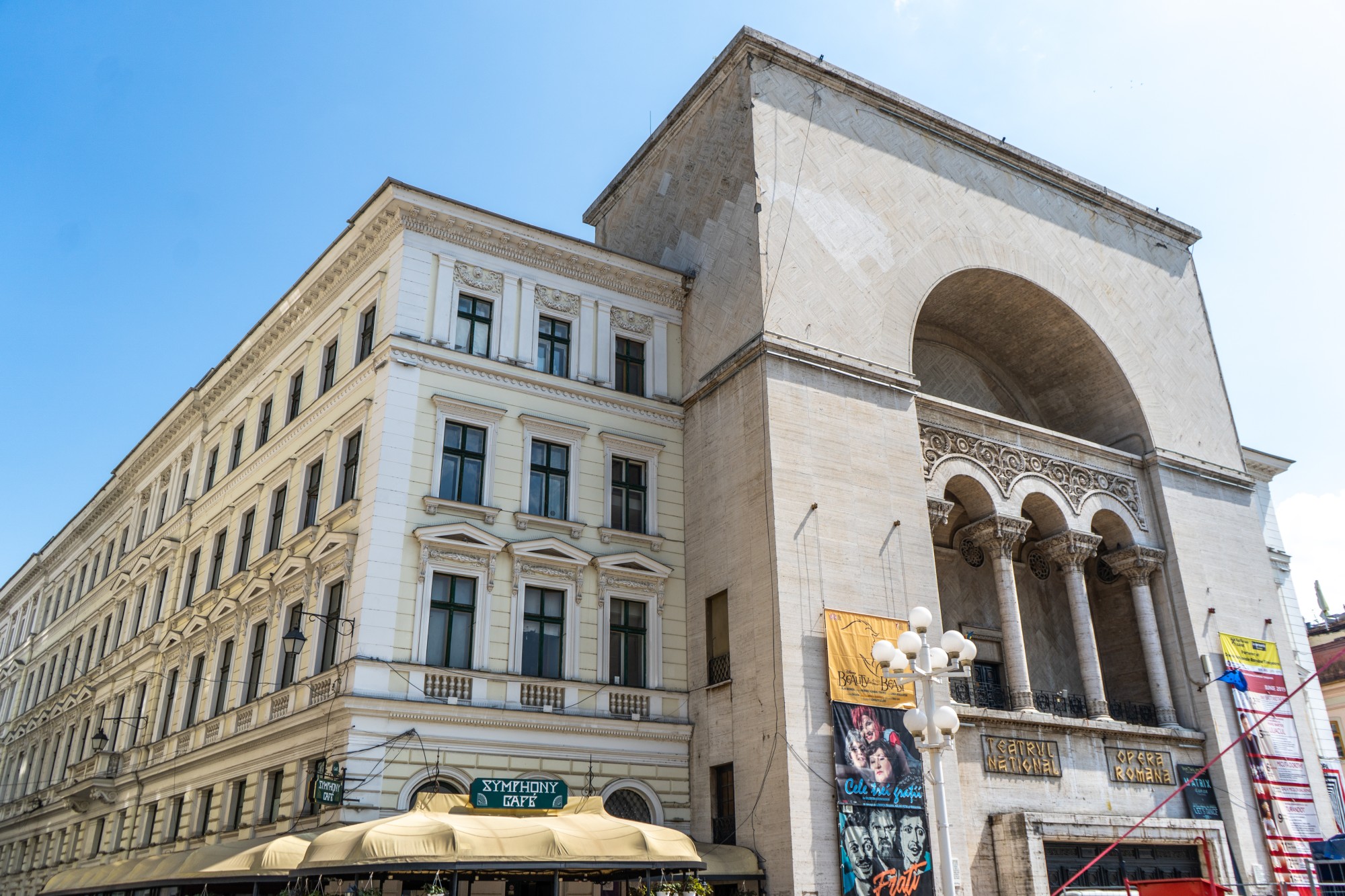