The Third Part of the Third Measure

The Third Part of the Third Measure is a theatrical two-channel video that creates an encounter with the militant minimalism of queer African-American avant-garde composer, pianist, vocalist, and conductor Julius Eastman. From the late 1960s until his death in 1990 at the age of forty-nine, he wrote and performed compositions whose black radical aesthetic revolutionized the new music scene on the East Coast during the 1970s and 1980s. Eastman himself once described this aesthetic as “full of honor, integrity and boundless courage.” However, no recordings of his compositions were released during his lifetime.

In January 1980, Julius Eastman was invited by the Music Department at Northwestern University, Evanston, Illinois, to present his compositions Crazy Nigger (1978), Evil Nigger (1979), and Gay Guerrilla (1979) at the Pick-Staiger Concert Hall. A number of African-American students and one faculty member at Northwestern University objected to the titles of Eastman’s compositions which would be were redacted from the concert program printed by the Music Department. Before the concert, on 16 January 1980, Eastman delivered a public statement that responded to these objections. The speeches delivered by Dante Micheaux and Elaine Mitchener in The Third Part of the Third Measure are based on each performer’s modified transcriptions of Eastman’s Northwestern University statement. This film is focused on what The Otolith Group describe as an “experience of watching in the key of listening”, invoking the political attitudes of defiance and collective practice of movement-building present in global struggles against neoreactionary authoritarianism. ML

The Otolith Group was founded in 2002 and consists of Anjalika Sagar and Kodwo Eshun who live and work in London. During our long-standing collaboration, we have drawn from a wide range of resources and materials. Our work is research-based and spans the moving image, audio, performance, installation, and curation. We incorporate filmmaking and post-lens-based essayistic aesthetics that explore the temporal anomalies, anthropic inversions, and synthetic alienation of the posthuman, the inhuman, the non-human, and the complexity of the environmental conditions of life we all face. Expanding on the work of The Otolith Group, there is also our curatorial public platform The Otolith Collective. On this platform, programming, exhibition-making, artists’ writing, workshops, publication, and teaching are aimed at developing close readings of images and sounds in contemporary society. Approaching curation as an artistic practice of building intergenerational and cross-cultural platforms, the collective has been influential in critically introducing particular works of artists such as Chris Marker, Harun Farocki, Anand Patwardhan, Etel Adnan, Black Audio Film Collective, Sue Clayton, Mani Kaul, Peter Watkins, and Chimurenga in the UK, US, Europe, and Lebanon. In 2010, The Otolith Group were nominated for the Turner Prize. 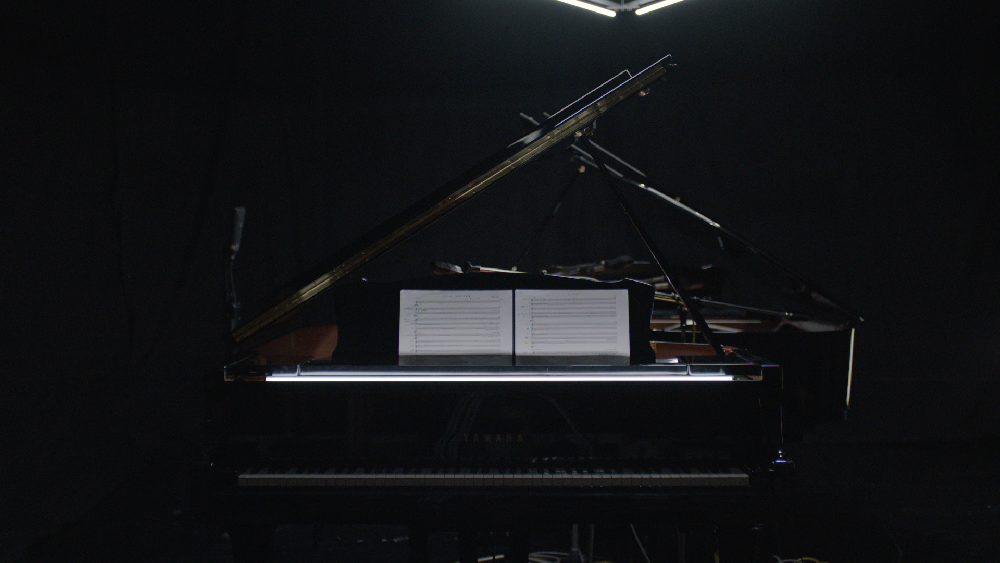 The Otolith Group, film still from The Third Part of the Third Measure, 2017, courtesy of the artists and LUX, London