The City Business Center returns to the Art Encounters exhibition circuit after hosting several outstanding events in the biennial, including SIGMA: Cartography of Learning 1969–1983 in 2015—an exhibition that explores the pedagogical principles of the well-known group of artists in the 1960s and 1970s.

The project is designed by the local architecture firm Andreescu & Gaivoronschi, having Vlad Gaivoronschi and Dan Munteanu as the leading creators. The entire structure was completed in stages and the first two buildings completed in 2010. The next three, as well as a public space from Coriolan Brediceanu Street (which, during construction, discovered successfully integrated parts of the fortress’s vault—an 18th-century hydrotechnical complex) were completed in 2016. City Business Center has a massive-compact character due to its 5 central core structures and its pedestrian area which cuts up the north-south axis and incorporates elements of urban art. Its massive character reflects the nearby Military Hospital, an 18th century building, while the transparency of its body and ground-floor permeability stand in stark contrast.

Landscaping elements are part of the ensemble’s layered relief, and the composition of the five structures is “tied together” by a ribbon of ceramic riflage at the mezzanine. The riflage theme is also found in the log area, which has a dynamic lighting system at night.

The City Business Center offers ample space for Class A offices in its 43,000 square meters of usable floor area, managing to attract numerous major companies to the city. The building complex has received several awards, including Green Building Awards, the BETA 2016 Timișoara’s Architecture Biennial, the EE Real Estate Awards, along with many nominations including the prestigious Mies van der Rohe Award for Contemporary Architecture in 2007.

Moda Tim, a textile factory founded in 1959, had operated on the site before being relocated to Giroc in 2009. 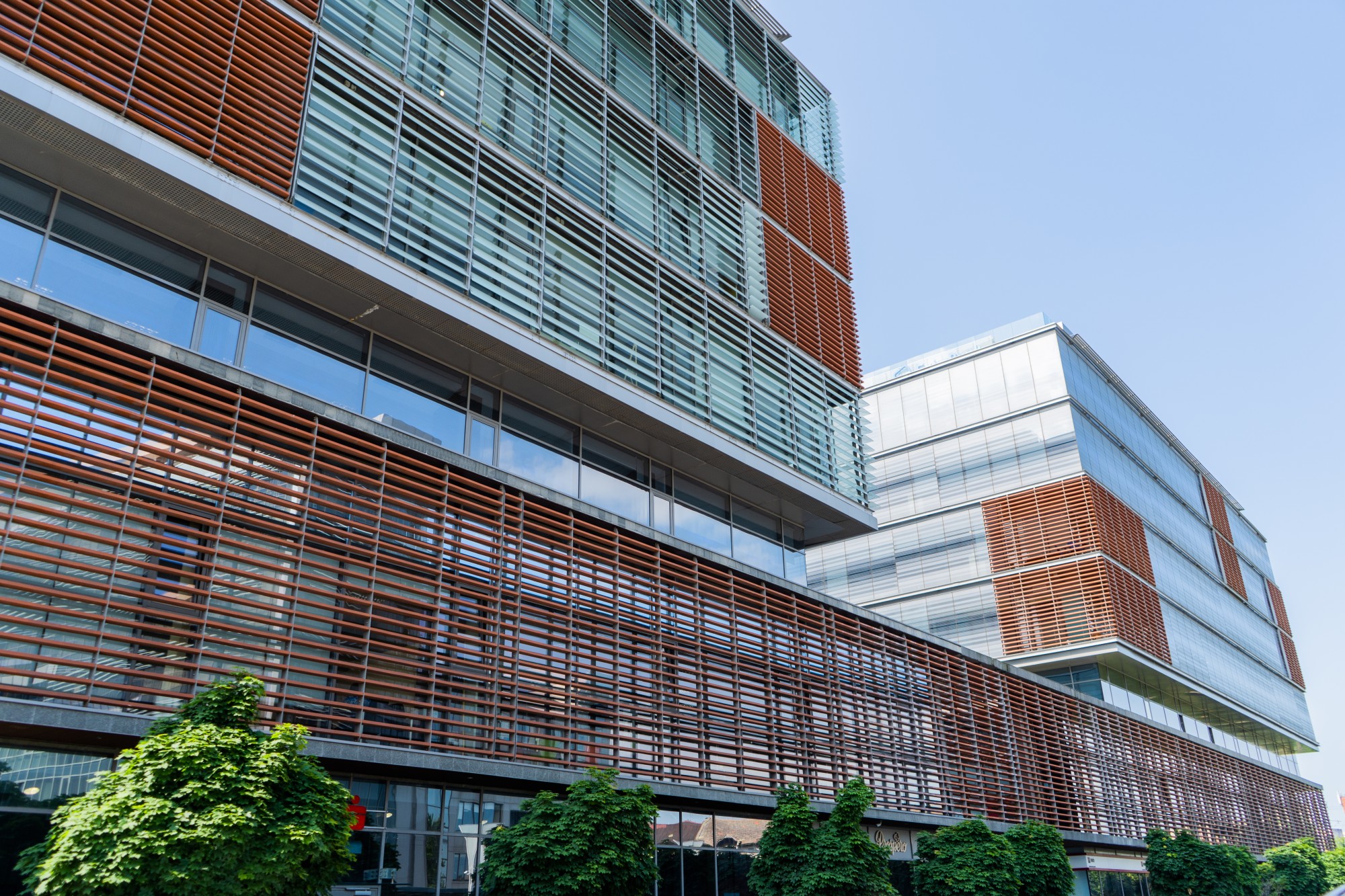