Spirit of the Woods (Silvia)

Spirit of the Woods (Silvia) can be found in multiple outdoor locations in Timisoara, as well as at the Tram Museum. The outdoor locations all contain a reversed graffiti image of simplified plant shapes. Created with cut out stencils showing a variety of rare plants in the Banat region. The shapes are generated by keeping the otherwise dirty part of an area clean with high pressure washing. Time sensitive and functioning as a module, the work can easily grow and create a meta-pattern throughout the city and beyond. In this way, it is both ephemeral and monumental, based on removal rather than adding more “stuff” to the world.

One of the outdoor locations is the Botanical Park, which was designed by the architect Silvia Grumeza in 1966 and completed in 1990. A flower pattern on the metal fence surrounding the park has served as an inspiration for Klingberg’s commission at the Art Encounters Biennial 2019. The fact that this is a work that can endure is underlined by the wooden racks holding the stencils, ready to be used in the future and, for now, shown indoors as part of the biennial exhibition. As often is the case, the artist has created a work which is sensitive to the context while, at the same time, pursuing her long-term interest in patterns, continuity and transience. ML

Gunilla Klingberg (b. 1966, Stockholm) draws on diverse media, while her acute spatial awareness often results in a spatially ample installation. Klingberg has a heightened sensitivity to the energy surrounding us, which resonates with the rhythms of the cosmos and the pace of nature, while also recognizing the ritual and the spiritual elements of daily life. She has had solo exhibitions in museums and galleries throughout Europe and was invited to the 10th Istanbul Biennial (2007); the Philagrafika Festival: The Graphic Unconscious in Philadelphia, Pennsylvania (2010); and the 11th Gwangju Biennale (2016). Her large-scale public commissions include the Triangeln Railway Station in central Malmö (2010) and the Nye Akershus Hospital in Oslo (2008). In 2010, Klingberg received the Edstrandska Foundation Award, as well as a five-year working grant from The Swedish Visual Arts Fund. Solo exhibitions include: Wheel of Everyday Life, Rice Gallery, Houston (2013); Times Museum, Times Rose Garden, Guangzhou (2015); Malmö Konsthall (2014); Eastside Projects, Birmingham (2013). 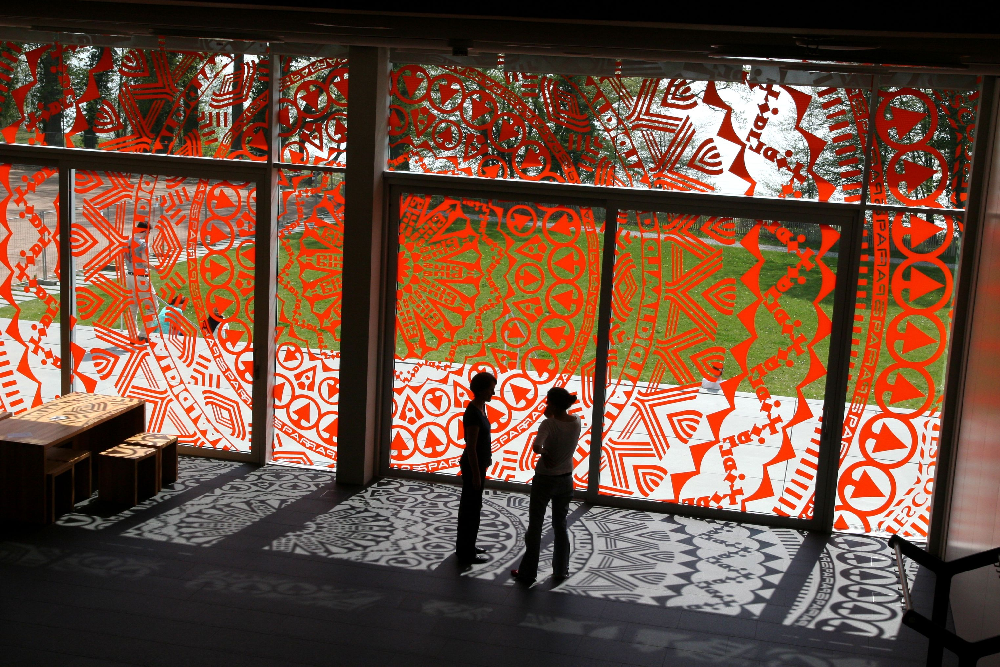