Vasile Pârvan str., no. 4A, Timișoara

The initial plans of the ensemble of the West University buildings by the architects Hans Fackelmann and Sorin Gavra placed the library in the tall wing of the building towards Vasile Pârvan Boulevard. Due to concerns about earthquakes, the wing’s structure was redesigned, and the library finally found its home in a new structure, reserved exclusively for it, and in 1978-1979 it was extended following the design of architect Mihai Botescu.

In 1992, by order of the Education Ministry, the library is awarded the status of Central University Library, thus being recognized as an institution of national interest. Its name honors Eugen Todoran, a literary historian and university professor who ardently supported this initiative.

The library continued to expand in 1996 with a project for a new wing which was inaugurated on the 1st of October 2008, with new reading spaces and an aula. The two wings of the institution are linked by a hallway.

Just as the rest of the pavilion ensemble of the West University, the buildings hosting the library are withdrawn from Vasile Pârvan Boulevard, being preceded by a vast green space, the path from the main access of the university proceeding through a series of thresholds that spatially mediate the path from the public area of the circulation to the semi-public areas, one of these said thresholds being the passage underneath the high building (which was supposed to be the library in the initial plans). 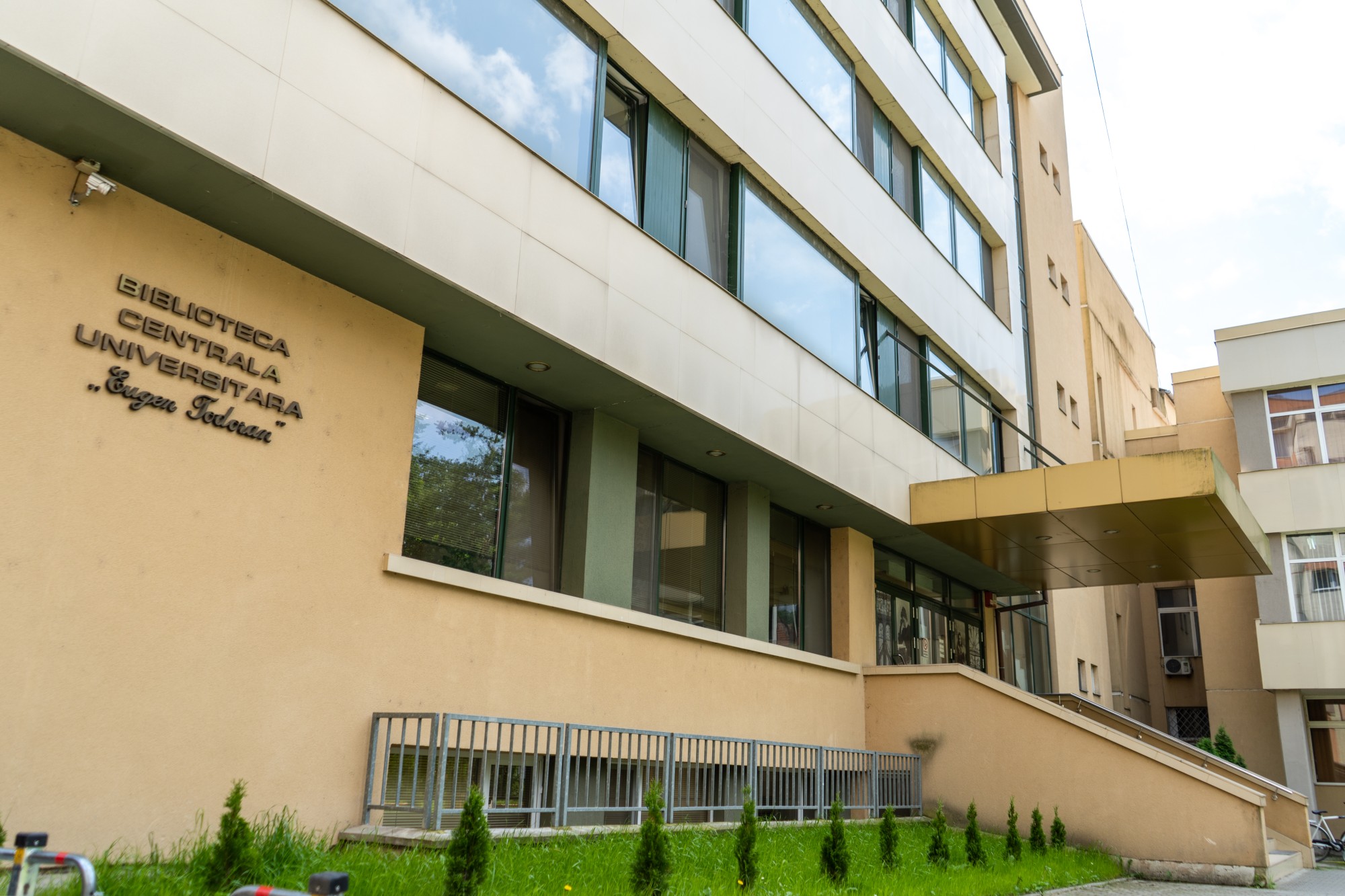