For a long time, associated with femininity and domesticity, obedience and passivity, the practice of embroidery is yet to receive the recognition it deserves within the realm of visual art. Engaging with a practice that has been marginalized along with those who employed it, namely women, Iulia Toma uses embroidery as a medium for drawing on fabric. Her sewing-machines stitch portraits depict women, men or children who have recently been forced to flee their homeland due to civil war, political unrest, and economic struggles.

The series of textiles as well a new video work the artist produced for the Art Encounters Biennial 2019 is a continuation of #orientalswelcome, a long-term project by the artist on the increasingly fearful and hostile attitudes towards immigration. Toma’s works are an expression of solidarity as well as increased consciousness towards those who have been displaced, situating embroidery at the intersection between art and activism, personal and political. The Romanian National Council for Refugees in Bucharest assisted the artist in contacting several refugees, the majority from Syria, Afghanistan, and Iran who accepted to share stories about their background and their current situation in Romania. However, in the fabric works, the artist isolates and obscures such narratives by placing the biographical content in a global context. The type of fabric, motifs, and colors are inspired by Persian art with tones of light and dark blue. Stitched on the fabrics, singular, stylized motifs in Persian rugs such as palm leaves and birds are recontextualized on the fabrics, and placed in relation to the subjects. Such a process highlights the relationship of subjects to a home far away, the experience of longing and the continuous acts of remembrance. AR 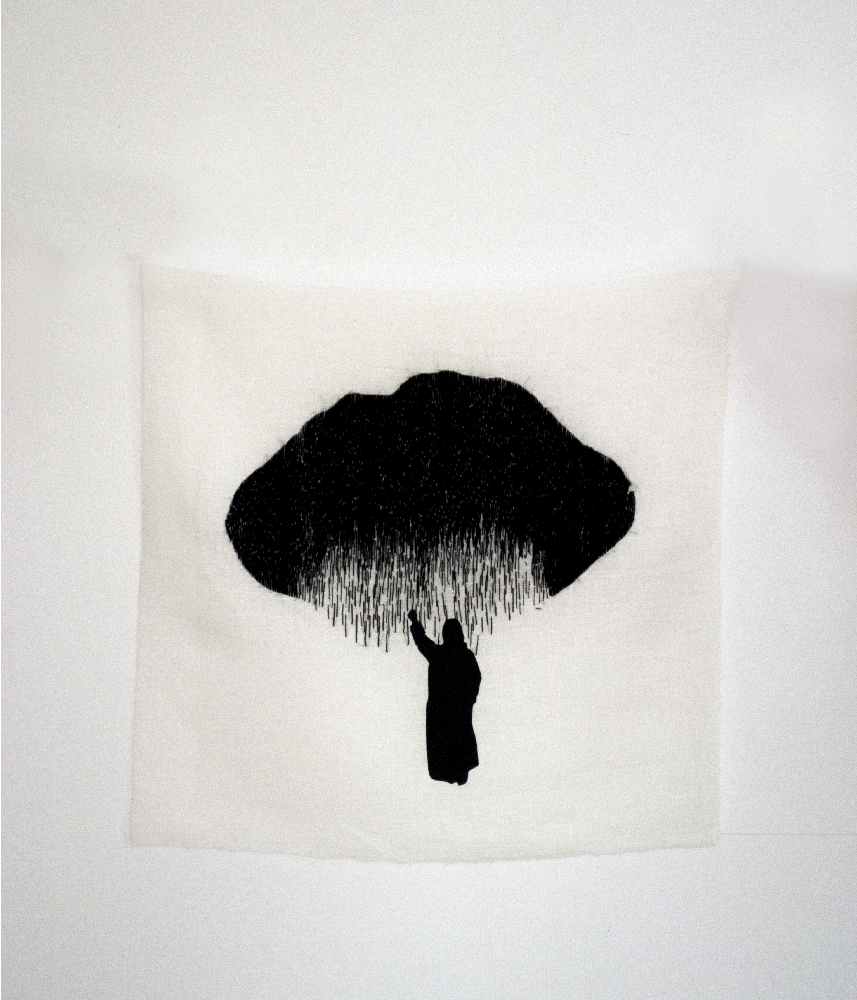