From the Minhougeqi Village in Fuzhou, to Menorca in Spain, from Fán Dòng in Shoguan, to the Sea of Inchon, from the foot of Dafu Hill, to the Sonoran Desert, images and reality comprise a booklet which describes the locations. The sites and places. In Zhou Tao’s incredibly beautiful films there are neither scripts, nor stories. Instead the light becomes a protagonist, as do the landscapes. The result is visual ambiguity: what am I actually looking at? Mostly filmed with a steady camera, the ambient films abstain from dialogue—people are typically in the background, or passing, unaware of the camera while often looking at their handheld devices. The earth and that which is the source of all life, light, are at the centre of the film—one of them is rapidly transforming in the era of the Anthropocene and the other seems constant, yet imbued with new meanings.

The Worldly Cave is filmed in Fán Dòng, the place where the Hakka people lived for generations but have all left. Before executing the new development, all the villages on this land will be buried in rolling dunes of muck. In the vast space, huge piles of second-hand machines are stored before being resold in southeast Asian countries. Teams of estate surveyors and valuers gathered in different groups, discussing the potential prices of the land. After passing some huge muck dunes, then between two larger muck dunes, the hunters built their sheltered pits and bird traps suspended in the air. They tied a bee to a transparent string, as it would lead them to the beehives hidden in the cracks. Fishermen even found a source for fish in the swamp connecting groundwater sources, while buffalos are kept on ropes and dogs, foxes and rams rummage about. The men and women in the giant ferrocement caves beneath the clouds still chattering about the bullfrogs from lunch as a new day-to-day life has emerged amid apocalyptic grandiosity. ML

Zhou Tao (b. 1976, Changsha, Hunan Province) studied at the Guangzhou Academy of Fine Arts, receiving a bachelor’s degree of fine arts in oil painting in 2001 and a master’s of fine arts in mixed media studies in 2006. He currently lives in Guangzhou. Zhou Tao finds visual and narrative materials for his arresting film works in the places and communities he encounters, and the narration of the film is often developed from Zhou Tao, often times through subtle and humorous interactions with people, things, trajectories of reality—what he once called the “folding scenario” or the “zone with folds.” Although all of his footage captures actual scenes, the poetics of Zhou’s visual narratives dissolve the division between fact and fiction. For him, the use of moving images is not a deliberate choice of artistic language or medium, but rather the operation of the camera is a way of being that blends itself into everyday life. In recent years, he has been participating in several significant international exhibitions including: Viva Arte Viva, 57th International Art Exhibition of La Biennale di Venezia, Venice, 2017; Museum, New York, 2016; APT8, Asia Pacific Triennial of Contemporary Art, Brisbane, 2015; “Social Factory”—10th Shanghai Biennale, Shanghai, 2014; The 5th Auckland Triennial: If you were to live here……, Auckland, 2013, etc. 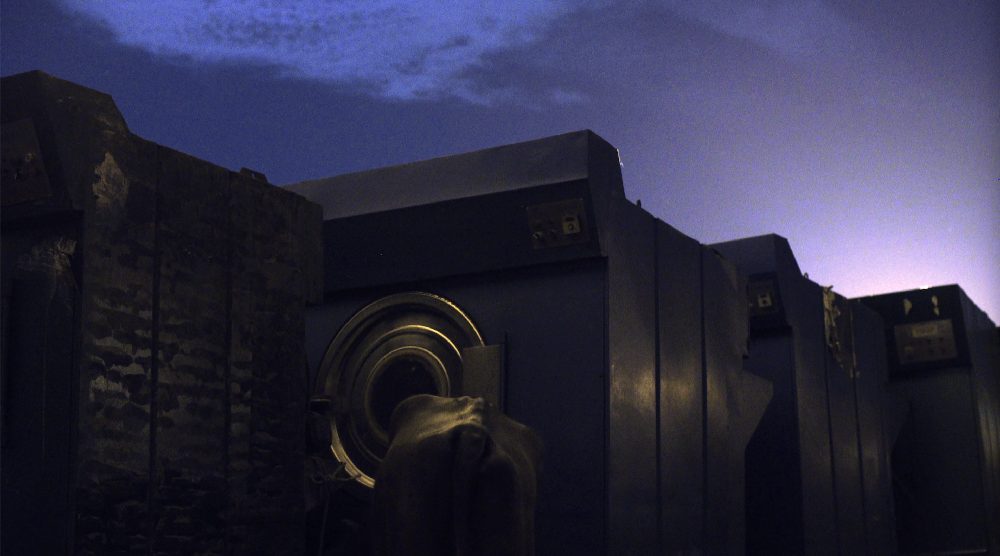