For over four years, artist Ghenadie Popescu walked across the basins of several rivers traversing the Republic of Moldova. He started in the summer of 2012, tracing by foot the Ichel river and continued with Racovăţ, Camenca, Răut, and Ciorna. Following the flow of the river, the artist used storytelling to address political, social, and ecological concerns that impact everyday life in the Republic of Moldova. Each river’s story is the outcome of modest production means. The artist works with what is around him, creating intimate handmade animations. In his performative journeys, he collects stories of people living by the river. Puppets crafted by the artist from various materials become the characters of his stop-motion animations. In The Racovăţ River, two women puppets, one dressed distinctively in a folk costume and another in modern clothing are crossing the river on a flying carpet. This touch of magic life brings to mind the history of stop-motion animation and its ability to create moments of illusion through simple techniques. A common trope in folktales and fantasy fiction, the flying carpet allows Popescu’s characters to overcome their own limits, immerse into a shared dream. AR 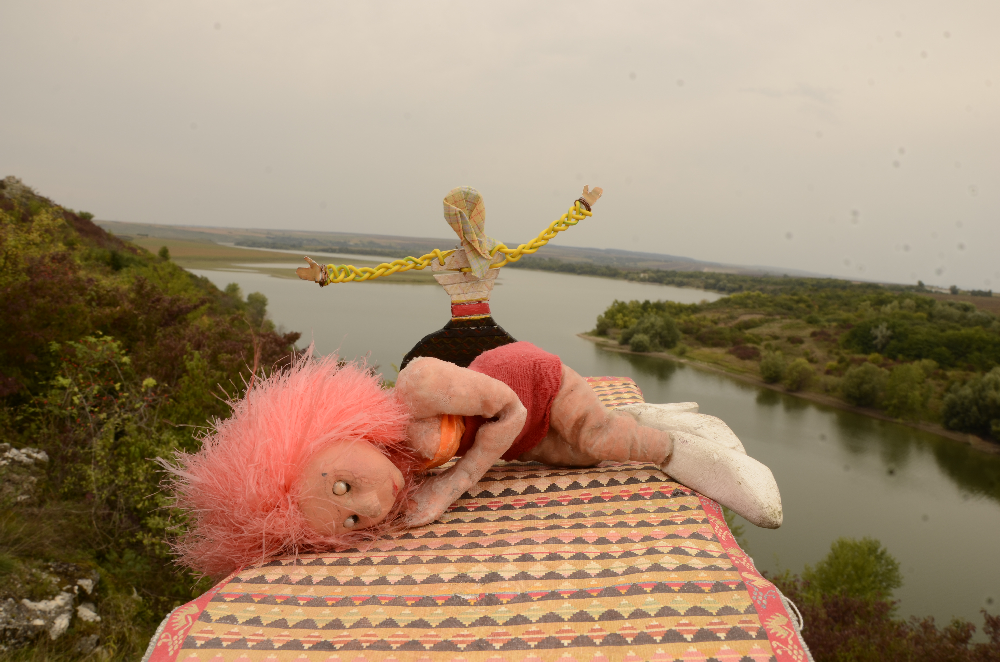