In MONOLOGUE, the narrator addresses his sister whom he’s never met. They’ve never spoken to each other, never smiled at each other, he doesn’t know the sound of her voice. He only holds a photograph of her and a map of a plot of land in Cambodia, drawn by his father. It is there, beneath this unmarked spot that his sister, a victim during the Khmer Rouge, is known to have been buried. The personal plea of the narrator takes the form of collective mourning. Another five thousand people are believed to have been buried in the same spot. The confession of the narrator, his internal turmoil contrasts with the tranquillity and stillness of the landscape. We notice people ploughing the land, an indication that the site turned into a rice field. A bearer of history, the landscape acknowledges the artist, has its own flows and processes. Human and non-human worlds intertwine in a complex, often incomprehensible way.

With a background in photojournalism, Rattana’s work has been driven by the concern to document untold stories from his historic and cultural context. MONOLOGUE alongside Bomb Ponds (2009) and Funeral (2018) is part of a trilogy of films that capture the lasting effects of Cambodia’s recent past. AR

Vandy Rattana (b. 1980, Phnom Penh) has been photographing his native Cambodia with a commitment to creating documents that shine light on the hidden realities of the contemporary Cambodian existence while creating a more comprehensive historical record for both future Cambodians and international audiences. As a founding member of the artist collective Stiev Selepak (Art Rebels), Vandy opened Phnom Penh’s first artist-run exhibition space, SaSa Gallery, in 2009. His most renowned series, Fire of the Year (2008), chronicles a small district outside of Phnom Penh as a common fire razes it to the ground. A photograph from Fire of the Year was selected for Prix Pictet 2009 and subsequently published in the book Earth. This series was also chosen as a finalist for the 2009 Sovereign Asian Art Prize and earned Vandy a position as one of the first four Cambodian artists ever chosen to represent the nation at The 6th Asia Pacific Triennial of Contemporary Art. Vandy’s most recent series, The Bomb Ponds (2009) deals with Cambodian provinces most severely bombed by the U.S military during the Vietnam War. 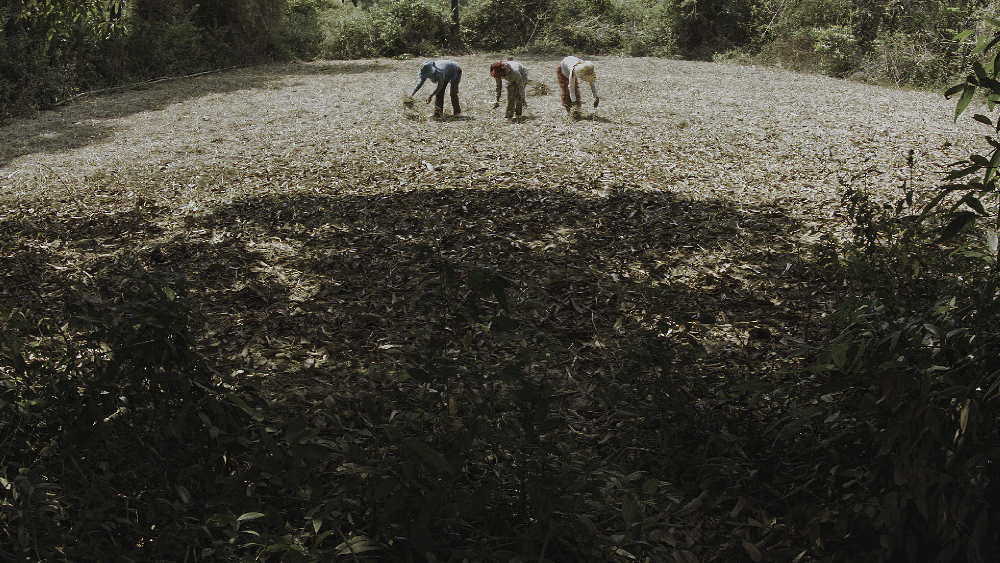