Images of witches have often raised curiosity as well as contempt and fear. Witch-hunt and witchcraft operate side by side. As the feminist scholar Silvia Federici points out, witch-hunt is not a violent purge from the past. It continues nowadays in many forms across the globe from misogynist policies in the US to Africa’s witchcraft accusations which lead to human rights abuses. Witchcraft is a popular practice in Romania with a long history of stereotypical representation. It stimulated fantasies in literature, cinema and television, it draws attention across mass media from high-ranking politicians, to various celebrities and to the general public. Such representations with undertones of race and gender formed, and continue to reinforce, a portrayal of witches as a homogenous group. In this popular imaginary where historical realities, fear and stigmatization blend together, witchcraft is more likely associated with Roma women positioned at the margins of society.

Virginia Lupu’s photographs challenge this representation which gained currency in media and public discourse. Drawing on her own interest in esoteric practices as well as in marginalized communities, Lupu has been working with a family of witches of Roma origins. Mihaela Mincă has mentored her two daughters and daughter-in-law, and has passed down a tradition of maternal lineage. Lupu follows them in various rituals at home, outdoors in nature and on the street, carving out a performative space for self-representation. She captures the nuances of their world from the transformation of the domestic space into a site of female empowerment, to the adaptation of magic rites to contemporary technology, to the entanglement between the urban landscape and natural environment, to the contrast between the social stigma and their financial independence. In the context of the 2019 Art Encounters Biennial, the selection of photographs focuses on a collective portrayal of female witches and the power and beauty that emanates from a communal practice. AR

Virginia Lupu is a photographer based in Timișoara. She seeks to present her subjects as they exist and coexist in society without altering their appearance to fit certain social norms, expectations or stereotypes. This practice translates well in her project with Roma witches, TinTinTin. Beginning with the deep roots of magical practices in the collective mentality, this project proposes to demythicize and devulgarize the image of alternative spiritual practices traditionally present in the Romanian space. The occult and magical practices have yet to find representation in Romanian visual culture. As such, this project seeks to open the door to exploring and appreciating Roma superstitions, magical practices and witchcraft, while also providing a deep and unaltered understanding of this pivotal aspect of a matriarchal culture within a patriarchal society. 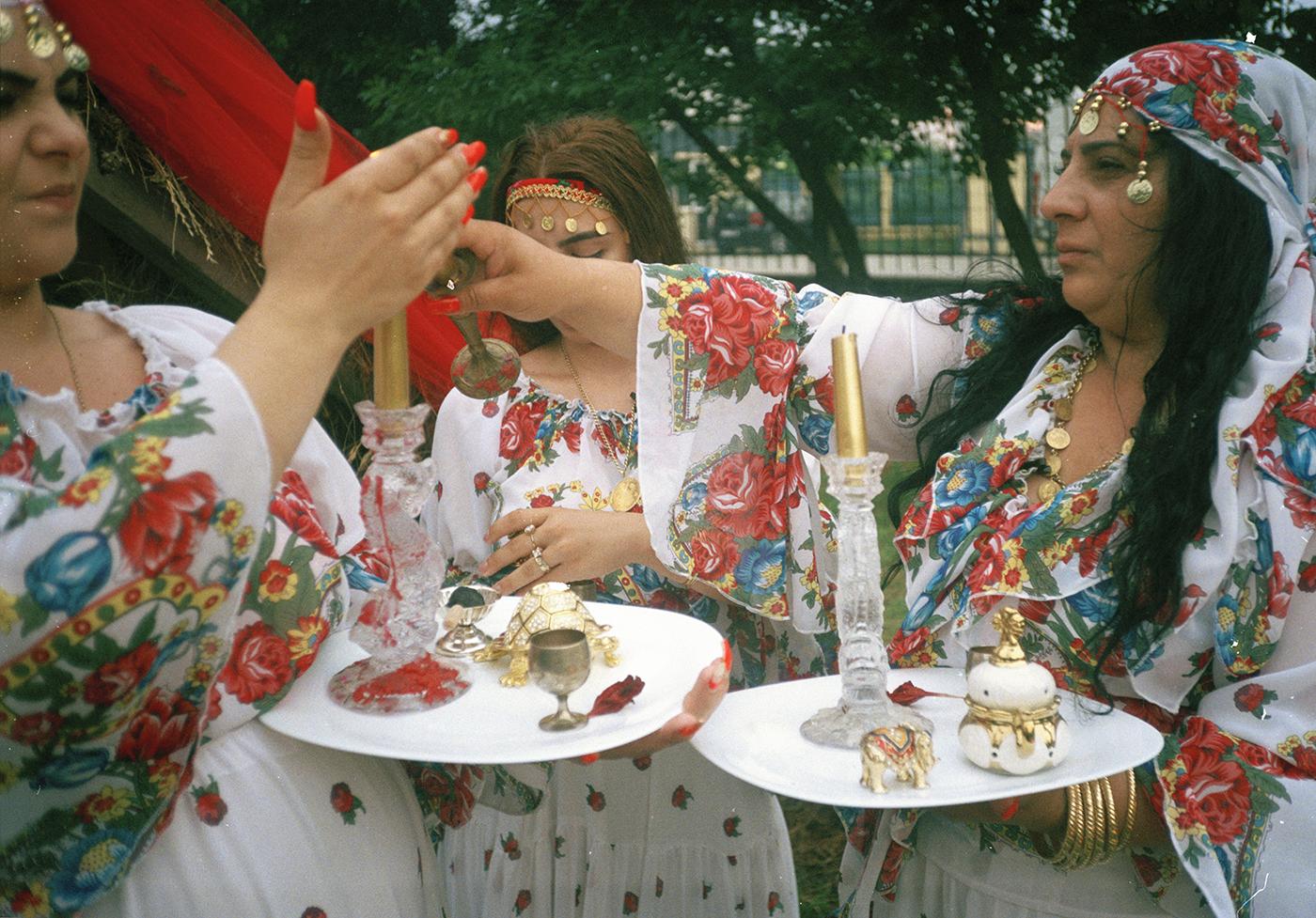