“Making tools, building situations, and working with people next to me” is how Michael Beutler describes his work. For the Tram Museum he has used the lower part of two discontinued trams sitting on parallel tracks, connecting them through a wooden roof structure covered with metal wire mesh and white paper. Between the trams, a large swing is suspended with space for two people who, face-to-face, can enjoy a moment in the air.

Made together with students from the architecture faculty in Timisoara and other volunteers, it is an example of how Beutler’s projects tend to emerge from vague, fluid situations which, in turn, allow for new structures to emerge through a distinct and inventive DIY spirit. He makes his own tools and often utilizes inexpensive and recycled materials in new ways or ways contrary to their intended purpose. Embedded in the projects are questions like “Why should we behave like this?”, “How could things be done differently?” and “Why should we not always be in the process of beginning again?”.

In this way, his structures often function as a playful and inventive critique of the standardization of work processes and materials. And, from then on, everything can and will be questioned, redefined, and rearranged. There is often an element of wonder—something unlikely takes shape, such as a giant white ball rolling through the forest in Sweden ending with a neighborhood festival, a floating wooden pavilion without nails in Venice, and a reed ceiling in an exhibition space in Munich which can be raised and lowered like a sail.

Michael Beutler’s work for the Art Encounters Biennial was possible with the support of Institut für Auslandsbeziehungen (ifa) and Goethe-Institut București. ML 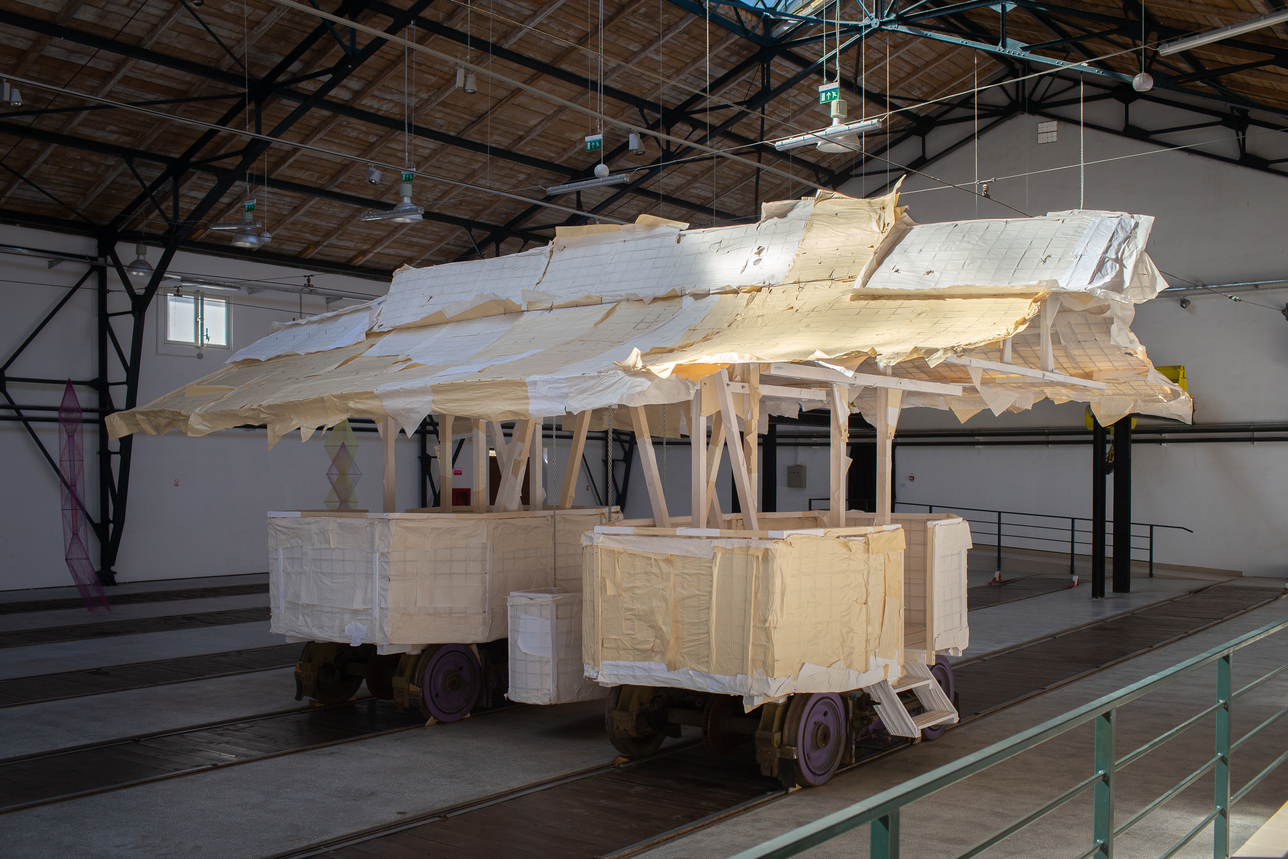