People of No Consequence

In People of No Consequence, the viewer is directly immersed into an empty institutional hall in Grozny. Seats arranged in rows fill this festive yet quiet room. Slowly stepping into the hall and sitting down are elderly men. They are followed by women who take their seats at the other side of the room. The artist captured the meeting of a number of survivors of Chechen and Ingush deportation to Central Asia during the Second World War.

Filmed in a single shot, centrally framed, the work is produced in the tradition of a tableau vivant. Yet, in contrast with the still setting, the action strikes through its immediacy and abruptness. No one looks at the camera,  no one speaks. The survivors’ act of coming together constitutes the procession, its force resides in their collective presence. They are sitting against a monumental photograph of Grozny-City Towers, luxurious skyscrapers that mark the current landscape of the city. Against this monument of the present time, 119 survivors are standing together to make visible a silenced history. AR

Aslan Gaisumov (b. 1991, Republic of Chechnya) lives in Grozny and Amsterdam. He employs various artistic media—mainly the moving image, sculptural installation and paper-based techniques—which articulate the collective and individual upheaval marking the history of the North Caucasus region. As an artistic agenda, this inevitably entails analysis of the colonial legacy of the Russian Empire in all its guises. Recent exhibitions include: If No One Asks, Contemporary Art Gallery, Vancouver (2019); Beautiful world, where are you?, Liverpool Biennial (2018); I Am a Native Foreigner, Stedelijk Museum, Amsterdam (2017); and People of No Consequence, Museum of Contemporary Art M HKA, Antwerp (2016). 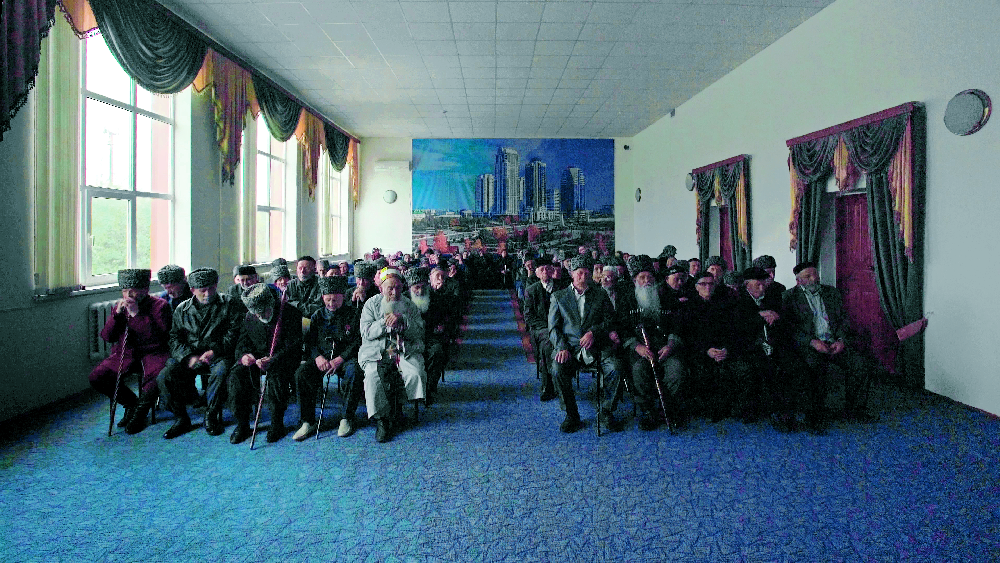