Alessandro Petti and Sandi Hilal of the Decolonizing Architecture Art Residency (DAAR) are interested in situations of transformation, friction and conflict connected to nationalities and disciplines. Working across architecture, art and pedagogy, the duo have focused on questions of displacement and exile, as well as justice and equality, in an increasingly uncertain world. In 2012, they founded the experimental educational program Campus in Camp at the Dheisheh refugee camp in Bethlehem, which is driven by methods of collective work in close partnership with the local inhabitants.

In the project Refugee Heritage, they look at the history of refugee camps, sites which were meant to be temporary but, today, are on average twenty years old. Some camps are approaching their 70th anniversary. Collaborating with architecture and travel photographer Luca Capuano, Petti/Hilal narrate these stories differently: one the one hand, Capuano has photographed the buildings of the camp with the same kind of care and perspective as other commissions, and, on the other hand, he has photographed the Palestinian towns and villages the inhabitants of Dheisheh had to flee from when the state of Israel was created in 1948. While the photographs from the camp are displayed in large light boxes sitting on the floor, the towns and villages are documented in large booklets lying on low concrete pedestals. ML

Decolonizing Architecture Art Residency / Alessandro Petti (b. 1973, Pescara) and Sandi Hilal (b. 1973, Beit Sahour) combine their critical theoretical research with an architectural, artistic and pedagogical practice in service of justice and equality. They bridge architecture and art, examine the social, economic and political consequences of exile and displacement, delving into public and private impermanent spaces. In 2007, Hilal, Petti and Wiseman established DAAR (Decolonizing Architecture Art Residency) which is an architectural studio and art residency programme based in Beit Sahour, Palestine. DAAR’s work combines conceptual speculations and pragmatic spatial interventions, discourse and collective learning. DAAR explores possibilities for the reuse, subversion and profanation of actual structures of domination: from evacuated military bases to the transformation of refugee camps, from uncompleted governmental structures to the remains of destroyed villages. Beyond this, in 2012, Hilal and Petti founded Campus in Camps as an experimental educational programme hosted in Dheisheh refugee camp in Bethlehem using collective discussions and courses to transform the notions of “space” and “agency” into practical, community-driven interventions. Recently they have been working on the research of refugee heritage and tracing the connections between people in the camp and the towns and villages from which they’ve been displaced since 1948. 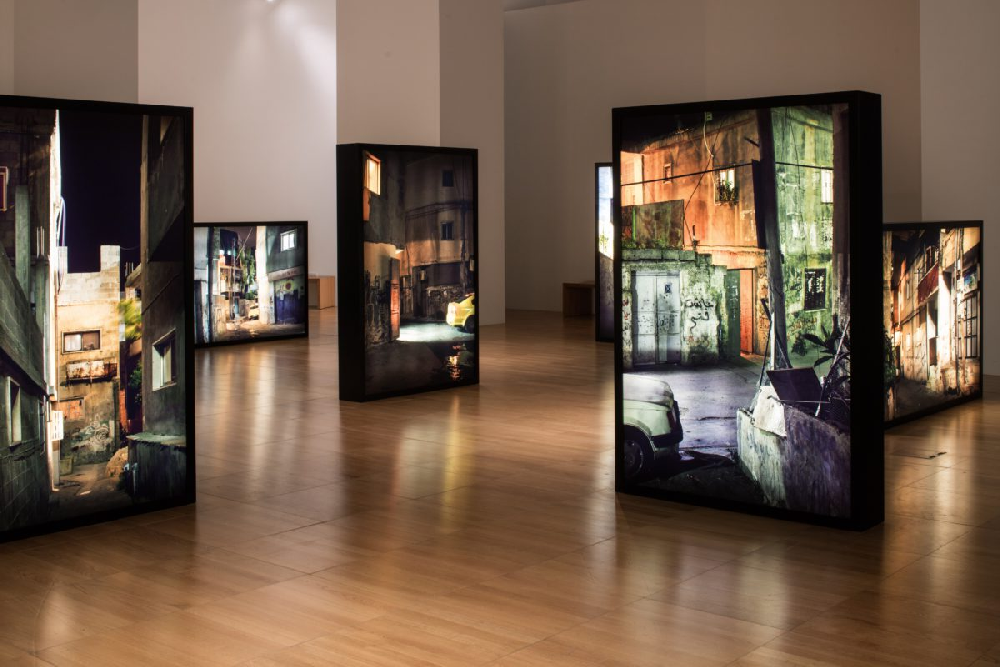