The Youth House was built between 1972 and 1978 in a modern postwar style, after the design of the architects Haralambie Cocheci and Ivan Stern, in collaboration with engineer Răzvan Ioan Mircea and sculptor Peter Jecza. The building functioned as the Timiș Communist Youth Union headquarters and hosted concerts, theatre plays, cinema, literary clubs, and more.

Haralambie Cocheci and Ivan Stern were part of the team of architects in the 1960s and 1970s which designed numerous projects that transformed Timișoara a truly modern city. A technical director at the Timișoara Design Institute (IPROTIM), Cocheci graduated from the Ion Mincu Architecture and Urbanism University in 1951 while Ivan Stern graduated in 1968. And they made their mark on the city with several remarkable buildings, including the Timișoara Fashion House.

The Youth House’s facades showcase two large scale concrete bas-reliefs, created by the sculptor Peter Jecza in 1975: Young Ones I and Young Ones II.

In 1990, the Youth House’s hall hosts the “Timișoara Trial”, where security officers and Romanian Communist Party representatives were prosecuted in an attempt to recount the events of the 1989 Revolution.

Today, the building is managed by FITT (the Timiș County Youth Foundation) and includes a fitness hall, a section of the Timiș County Library, coworking spaces, a few workshop spaces, as well as spaces for rent and a few available rooms. The 400-seat event hall underwent renovation in 2013 when the upholstery of the seats was replaced and the curtain, the fly system and backstage were restored. 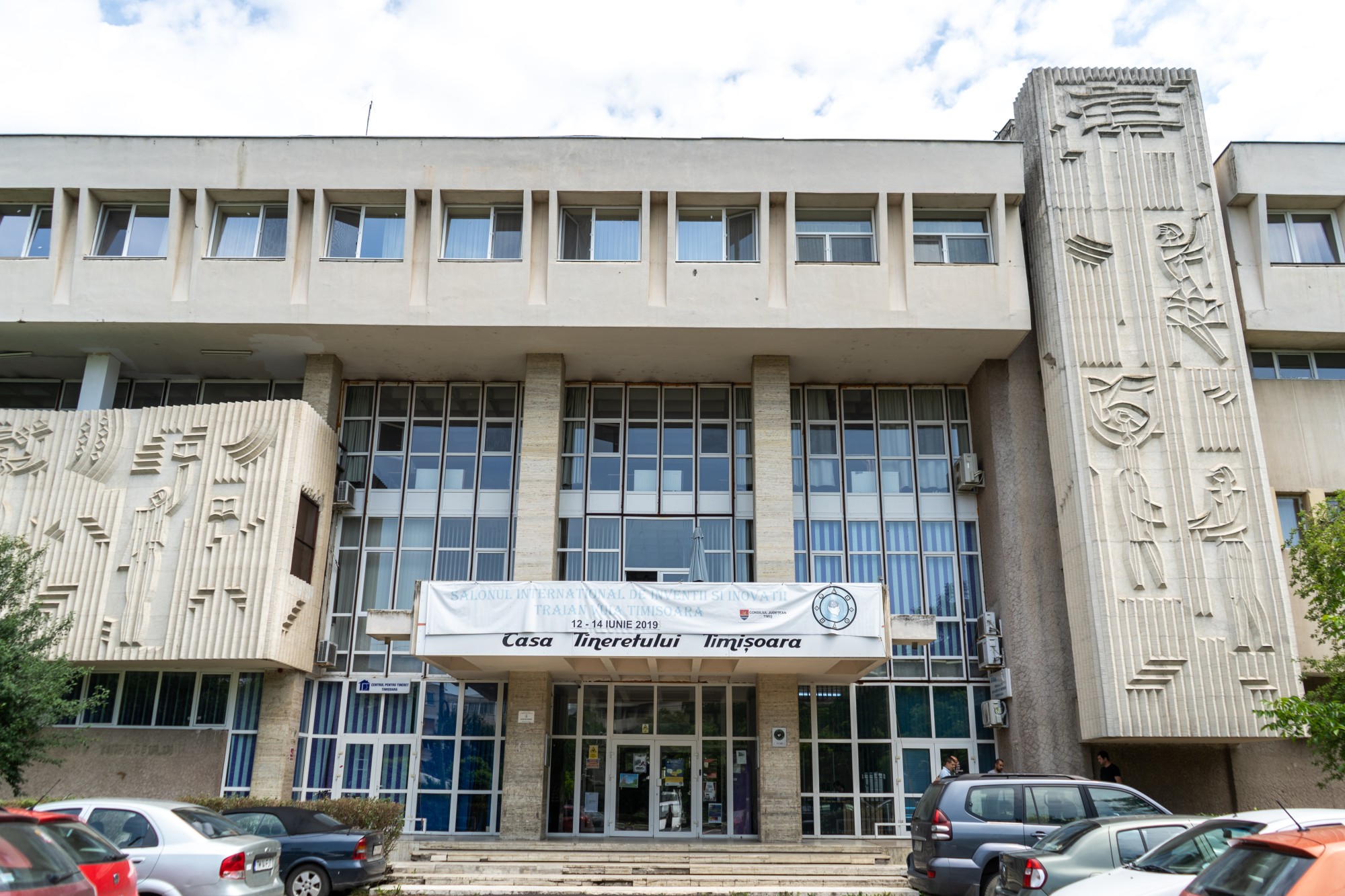