Damla is an art student. Enrolled in a Master of Fine Arts Program, preparing for her graduation project, she is questioning art’s relationship to politics and its power to respond to the urgencies around her.

On the streets of Bergen, Norway, the art student meets Bianca, a Romanian Roma who makes a living out of begging. As part of her art project, Damla decides to sit down next to Bianca every day from early morning to the evening. They only separate at night—Damla retreats home, Bianca sleeps under a bridge. For several months, the two women are together on the streets experiencing the movements and the looks of the passersby, the change of seasons, and the passing of time. Bianca’s situation raises many painful questions for Damla, relevant questions in relation to her responsibility as an artist. What can her work be, what can her work do in the face of the social and economic inequality which she perceives outside the comfortable security of the art school? How can one wrestle with the conditions of poverty from an artistic position?

Fiction filmed in a documentary style, Damla’s story captures the dilemmas that punctuate the journey of an art student and, what’s more, the contradictory and complex issues that surround any artistic production in the face of poverty and inequality. AR

Ane Hjort Guttu’s work for the Art Encounters Biennial was made possible with the support of The Office for Contemporary Art Norway (OCA).

Ane Hjort Guttu (b. 1971, Oslo) is a Norwegian artist and filmmaker based in Oslo. She works in a variety of media, but in recent years has mainly concentrated on film and video works, ranging from investigative documentary to poetic fiction. Among recurrent themes in her work are the relationship between freedom and power, economy and the public space, social change and limits of action. Guttu is also a writer and curator, and she is a professor at the National Academy of the Arts, Oslo. An anthology of her written works was published in 2018, edited by Rike Frank and published by Sternberg and Torpedo Press. Selected shows: Films, Tromsø kunstforening, Kunsthall Trondheim (2018, solo); Artists’ Film International, Whitechapel Gallery (2017); Furniture Isn’t Just Furniture, Fotogalleriet, Oslo (2017, solo); Die Reichen Sollen Noch Reicher Werden/The Rich Should Be Richer, Speicher Düsseldorf (2016, solo); Time Passes, South London Gallery (2015, solo); Urbanisme Unitaire, Le Quartier, Centre d’Art Contemporain de Quimper (2014, solo); This Place is Every Place, Tensta konsthall, Stockholm (2014, solo); The Rich Should Be Richer, Kunsthall Oslo (2012, solo); Scenarien über Europa, Galerie für Zeitgenössische Kunst Leipzig (2011–12); Kleisthaus, Berlin (2009); Late summer (Reality), Bjørka Foundation Project Room, Oslo (2002). She participated in the OFF Biennale (2017), the 11th Gwangju Biennale (2016), the 19th biennale of Sydney (2014) and the UKS Biennial (2004). 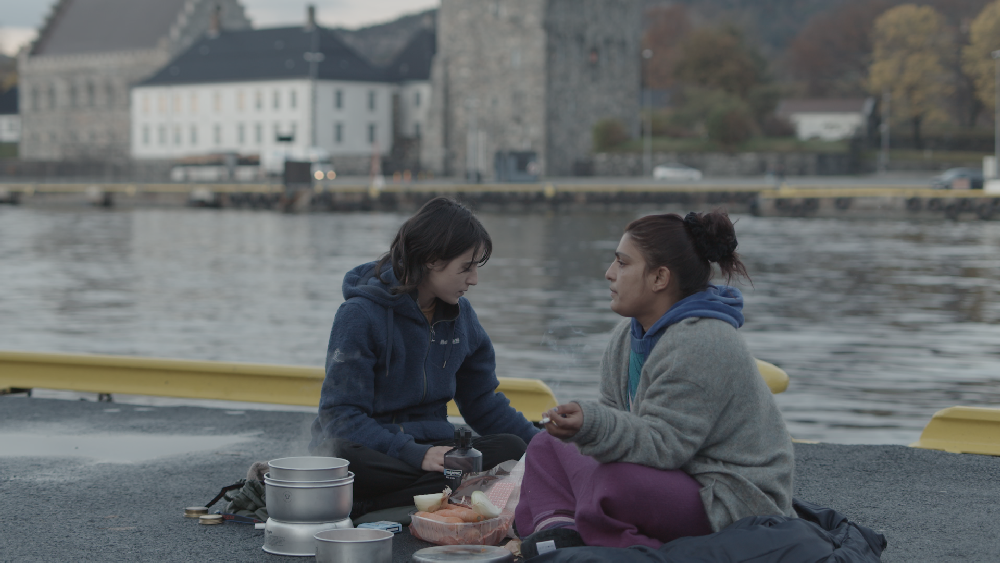