In Ana María Millán’s video animation, we are invited to a magical world of floating octopuses, pink dogs, huge clouds, fluorescent larvae and giant flowers. This is a world created together with six gamers from different subcultural communities in Mexico City. Working together for two years, the artist wanted to explore with them the possibility of a critical voice in video gaming, away from its dominating military tropes and escapist tendencies.

The video does, in fact, hold several parallel worlds, wherein animal identities take on the role of liberator. The spaces they exist in range from a cave to the interior of a dog, to spaceships, to open green fields. At the end of the green field, a big wall appears, accompanied by a voice over, shifting between Spanish and English, saying that “any wall is a lie”. Then, all of a sudden, there is an opening in the wall, and the grass on the other side becomes visible.

Millan is interested in how historical narratives are being socialized through movies, comics, video and computer games, and Live Action Role Play. In her artistic practice, collaboration is at the core. In addition to gamers, she has also worked with a group of colleagues, in a collective called Helena Producciones. For Wanderlust, the working group asked questions like “What does being a gamer mean?” and “What is the motivation beyond that of being a consumer of that industry?”. ML 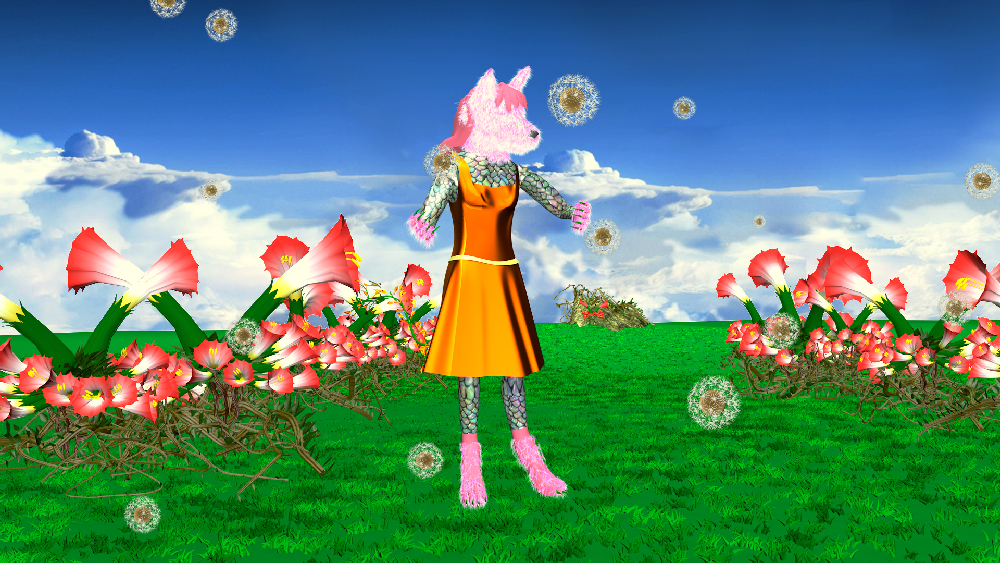