Mona Vătămanu and Florin Tudor in collaboration with Mihai Lukács

Working with a group of teenagers, the artists together with the playwright Mihai Lukács, in a workshop held at the Youth House, explored the relationship between social networks, data collection, and surveillance technologies. In consenting to the terms and conditions of any digital service, what are the implications concerning individual sovereignty?

The starting point of the work is an excerpt from Hannah Arendt’s The Origins of Totalitarianism, published in 1951. Arendt describes a simple graphic system employed by the Czarist secret police, The Okrana Guard (operating between 1881-1917), in order to produce a social mapping of an individual by studying close relationships, contacts, and interactions. A density of information results from this cartographic representation of social interactions. Only technical limitations, suggests Arendt, restricted this endeavor from being applied on a larger scale and fulfilling the dream of a totalitarian police. In the current digital era, Arendt’s anticipation of an extensive social mapping as a tool for control reads like a prophecy.

Passages from Arendt’s text were pasted as vinyl stickers on four large canvases, with the sentences being peeled off letter by letter during the workshop. Although the text was removed, it left permanent and visible traces. Around and across the text, circles drawn by the artists and the teenagers evoke the surveillance system described by Arendt and point out the shared principles of perceptive between the language of abstraction in art and data visualization. Placed in the rotunda hall of the Youth House, the textiles become part of its architecture. The communal reading of an excerpt from an internet agreement repeats throughout the space in a loop. The voices of young performers overlap in a choir treating the click-to-agree terms the same way they are  written—close to unintelligible for each one of us.

Two interrelated projects presented in the Biennial reveal Mona Vătămanu and Florin Tudor’s long-term interest in the representation of collective political actions. Fire Is Always the Same is a montage of video footage retrieved by the artists online that capture moments of social unrest in the past two decades. From Timișoara’s uprising in 1989 to the current Hong Kong protests, the work studies the dynamics of crowds drawing parallels with the image of fire. This analogy and work’s title reference Elias Canetti who identifies in the crowds the contagious and rejuvenating power of fire. What can be considered as the artists’ visual diary, Appointment with History is an ongoing series that revisits various moments of social unrest in a painterly manner. This intimate series of paintings employing the language of realism is presented within the framework of Céline Condorelli’s Collection Show at the Banat Museum. 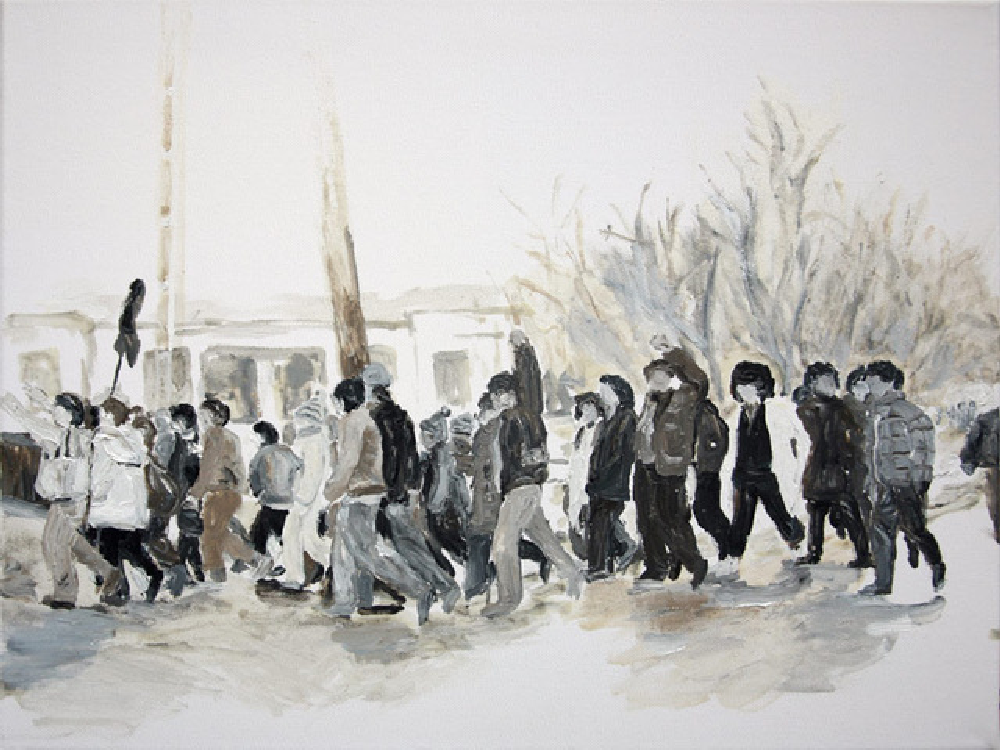