The Helios Gallery occupies part of the ground floor of the Lájos (Ludwig) Hilt Palace, built between 1911 and 1913 by the famous architect László Székely.

The building encompasses the 1900s style, with specific expressions of the Secession movement, and is built with bricks, reinforced concrete and iron, sheet metal and brass for each balcony. Its structure consists of load bearing masonry with reinforced concrete slabs on metallic beams, and a high wooden roof structure covered with tiles. The two palaces—Hilt and Széchényi, the neighboring building to the south—were supposed to be aesthetically integrated with the facades of the Piarist Order ensemble. Székely (who is the author of all the aforementioned structures) planned to harmonize them through their dominant motifs and common facade ornamentation, as well as by using the same elements specific to Secession architecture. This urban ensemble was later fragmented, with the construction of the Piatra Craiului Street housing block.

A few decades later, in 1968, the Helios Art Gallery is founded at the Hilt’s Palace ground floor, which would go on to host over 1000 exhibitions over the years, promoting Timișoara’s artists. Among those who had their works exhibited in the gallery are Péter Jecza, Adalbert Luca, Ștefan Bertalan, Julius Podlipny and Romul Nuţiu.

The Helios Gallery is affiliated with the Visual Artists’ Union (UAP), a non-profit NGO of professional artists—painters, sculptors, graphic designers, decorative artists, scenographers, art critics, restoration and multimedia artists. The Union has been in function since 1951, taking over the Fine Arts Syndicate, which was founded in 1921. 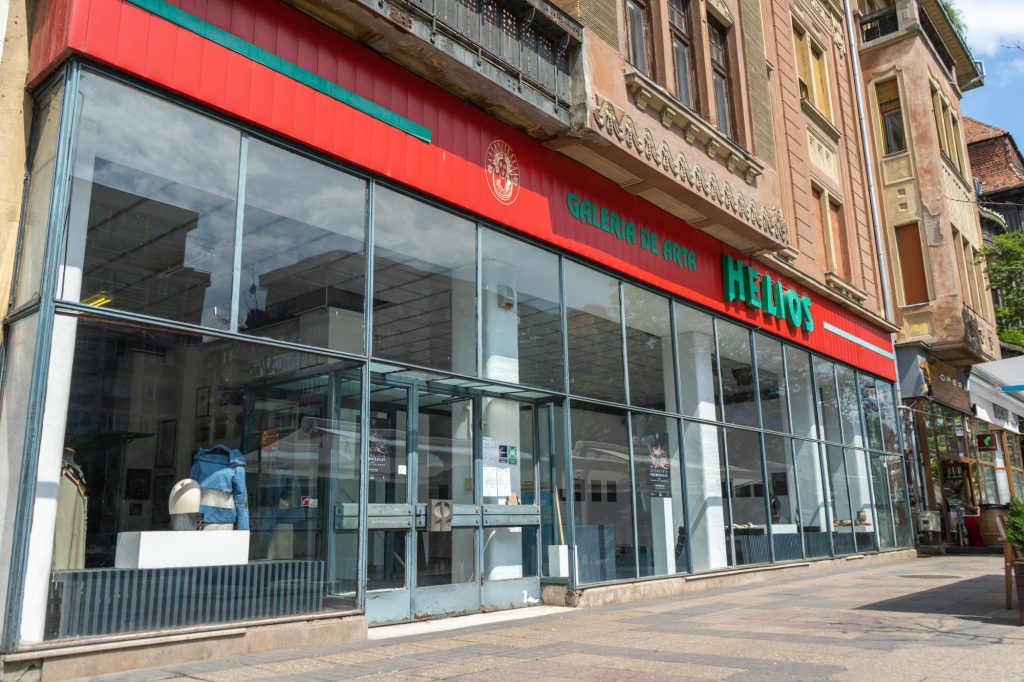