The Aula Magna of the Central University Library „Eugen Teodoran”

Session in Romanian and Romani

One of the main themes of Romani literature is the ethnic Roma identity facing its own dilemmas stemming from auto-identification archetypes and hetero-identification stereotypes. Questions such as what does it mean to be Romani? Why am I Roma? Who are the Romani? What is the Romanipen? are fretted over by Roma writers around the globe. The ethnic self-image of the Roma, struggling between self-respect and self-stigma, is often built in relation with an alterity that is often marked by racism that is visceral, direct, rough and easy to spot, but also by one that can be subtle, indirect, subliminal, hard to perceive. The Romani literature could not remain insensitive to this phenomenon, taking it over and turning it into one of its main themes. This session aims to visit the generous, yet contorted space of this Romani literary theme.

Delia Grigore is a member of the Rromani community, born in Galaţi, Romania, in 1972. She is an activist of the Rroma movement for around 23 years and the president of the Rroma Centre „Amare Rromentza”. She holds a PhD. in visual arts – specialization ethnography-ethnology, title awarded, in 2004, by the Romanian Academy – Institute of Ethnography and Folklore „Constantin Brăiloiu”. She is a teacher of Rromani literature and culture for more than 20 years – a senior reader at the University of Bucharest, Faculty of Foreign Languages and Literatures, Romani Language and Literature Section. She is also a poet, her first 10 poems in Rromani language being published in the collective volume Babel.ro. Tineri poeţi minoritari [Babel.ro. Minority Young Poets], in the year 2000, by Status Printing House, in Miercurea Ciuc.

Delia Grigore works in education, rromology research (ethnography, ethnology, ethno-linguistics, folklore, oral history and literature) and Rromani culture. She is the author of Introduction to the Study of Traditional Cultural Elements of Contemporary Rromani Identity (2001, University of Bucharest – CREDIS, Bucharest) and of Rromanipen – Keystones of Rromani Culture (2011, Amare Rromentza, Bucharest). 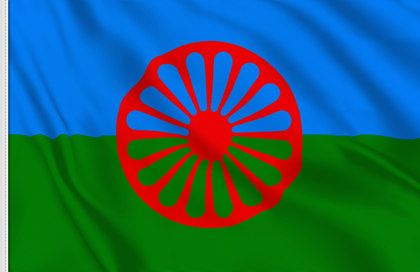