In the project In-between (Us), curators Călin Petcana and Mălina Ionescu and the members of Stup team  investigate the meeting point between friendship, teamwork and individual artistic discourses and their possible connection in a two-way relationship. The exhibition showcases artworks by Stup team members Delia Călinescu, Dragoș Neagoe, Răzvan Neagoe, Ada Muntean, who experiment a model of artistic practice based on cooperation, participation, sharing, dialogue and exchange.

Interval – in its acceptations as totality of things between two points, connection between similitude and fundamental opposition and space perceived as either proximity or a distance that needs to be covered or maintained – is a theme reiterated in each of the artworks exhibited. The artists analyze relationships and models of relating – as subject and approach in themselves or those operating in-between different subjects and practices. 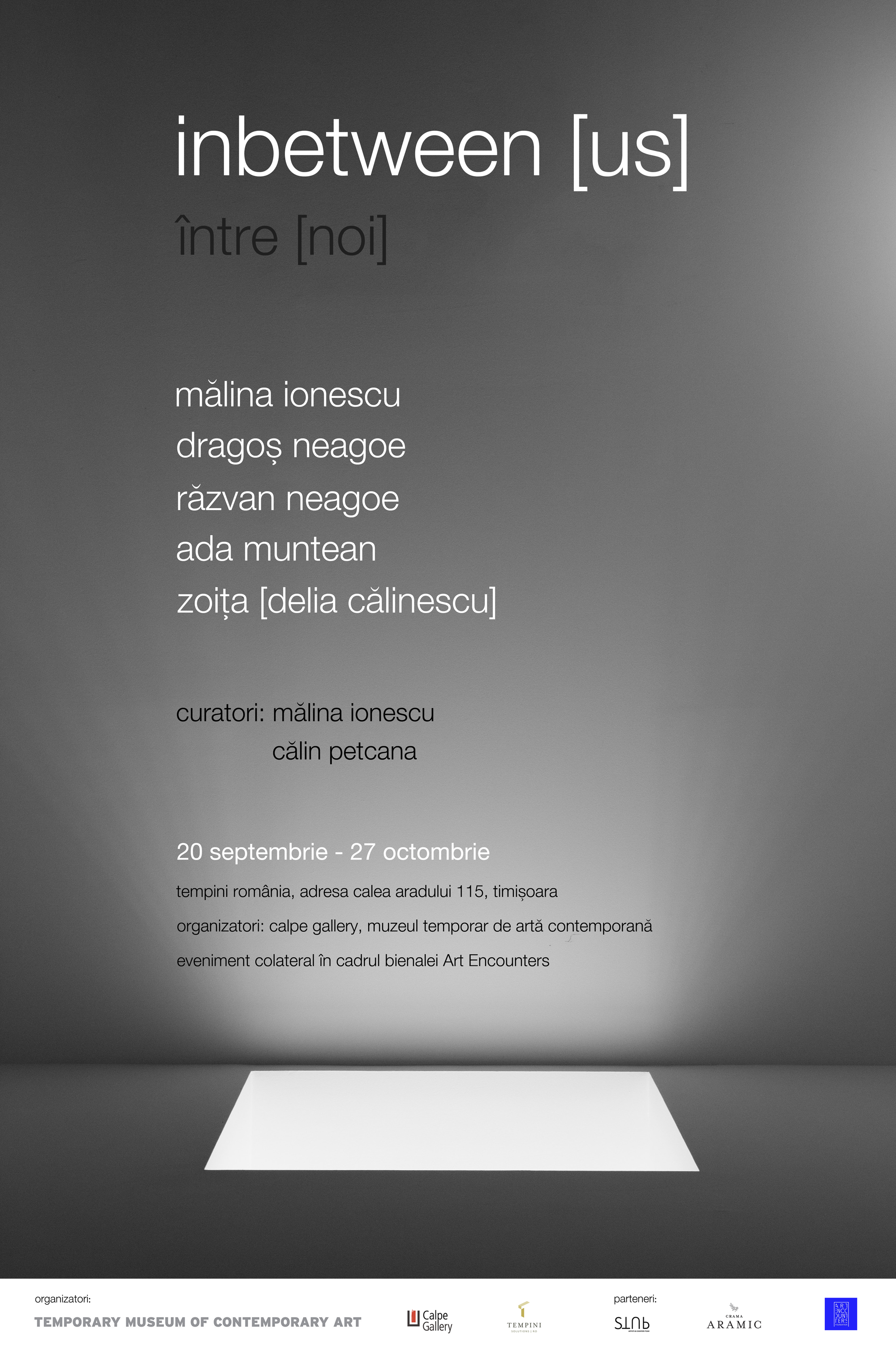