Curated by Maria Rus Bojan, this large retrospective of the late Polish artist opens on Thursday, September 19, 2019, in the Museum of Art Timisoara.  Within the museum’s baroque galleries, the exhibition will feature a compelling selection of Magdalena Abakanowicz’s sculptures, ranging from the early 1970’s to the late 2000’s, including an outdoor display of rare monumental works.

One of the most acclaimed Polish artists on the world art scene, Magdalena Abakanowicz gained her international notoriety in the 1960’s for her experimental, and highly uncommon at the time, gigantic fiber sculptures entitled generically Abakans. The fluid woven structures made of organic materials significantly expanded the traditional meaning of sculpture, transforming the flat surface of a tapestry into a dynamic space-organized form that triggers complex visual and tactile experiences.

Featuring more than 100 sculptures, the exhibition aims to provide an understanding of the major issues in Abakanowicz’s work, and to illustrate the ways in which she revolutionized the history of sculpture through a lifelong commitment to constant reinvention. The crucial themes in the artist’s works are freedom and loss, resurrection and destruction, identity and difference.

Magdalena Abakanowicz was born in 1930, in Falenty, Poland, and has lived and worked in Warsaw until she has passed away in 2017. Abakanowicz won the gold medal at the 7th International São Paulo Art Biennial in 1956 and represented her country in the Polish Pavilion at the 1980 Venice Biennale. The artist presented her works in more than a hundred solo exhibitions in museums globally, including: the Frans Hals Museum, Haarlem (1968), The National Museum Stockholm (1970), Whitechapel Art Gallery, London (1975), Museum of Contemporary Art Chicago (1982), Das Städel Museum, Frankfurt (1989), Hiroshima City Museum of Contemporary Art (1991), Metropolitan Museum of Art, New York (1999), Galerie Nationale du Jeu de Paume, Paris (1999), Museum Beelden aan Zee, The Hague (2003) and more recent retrospectives staged at the Museum of Fine Arts Budapest (2005), Trondheim Art Museum (2008), Museo Reina Sofia, Madrid (2008), the Museum Kunst Palast, Düsseldorf (2008) and many other institutions and galleries.

The exhibition was made possible with the support of The Administration of the National Cultural Fund, Romania.

Supported by The Art Encounters Foundation 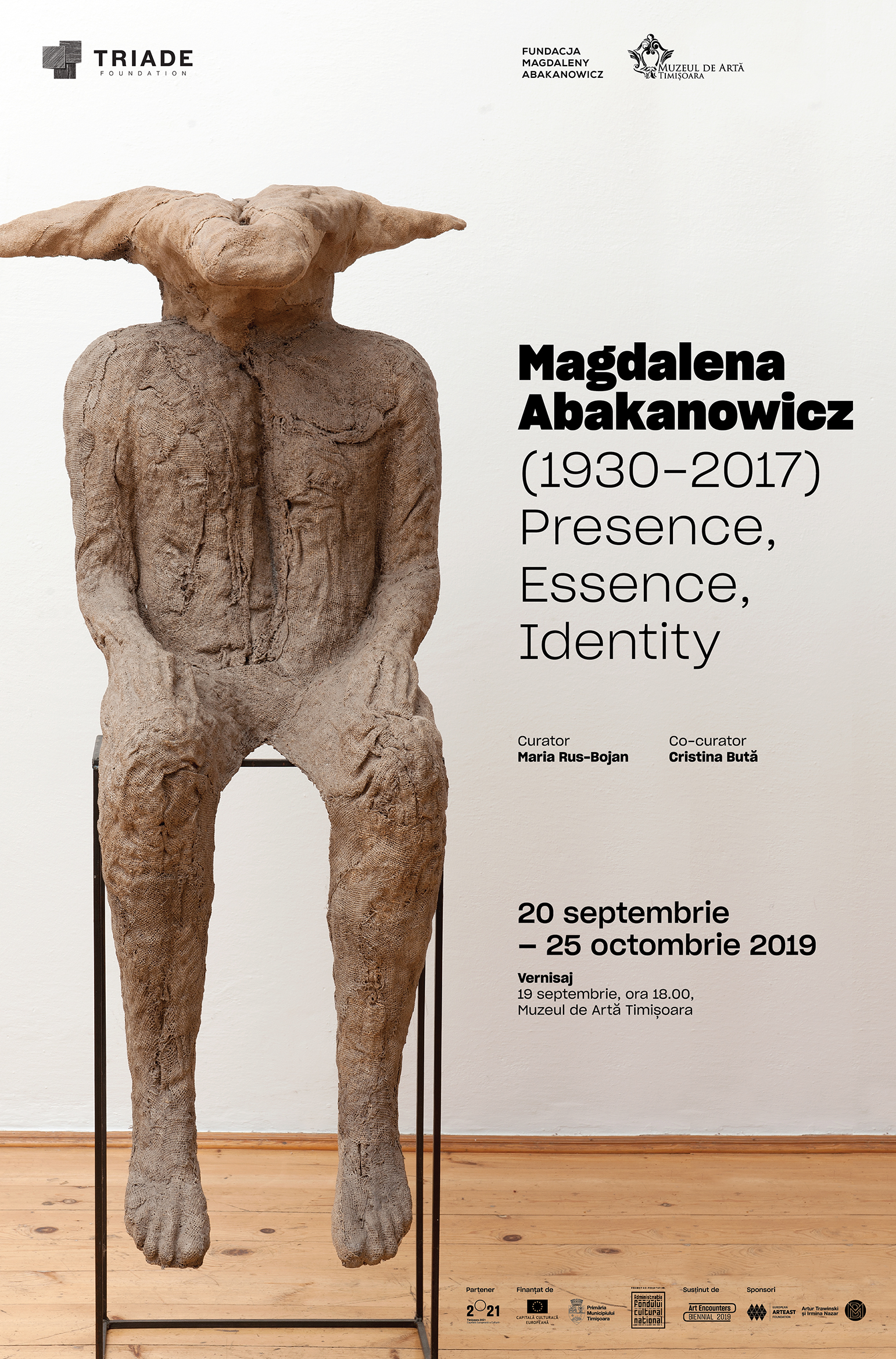