This fall’s exhibition at Jecza gallery should mark a turning point in the gallery’s programming as well as in the resurrection of the collective, whose reputation is intact but was absent from the Romanian and international scene in recent years. In the meantime, subReal has become a key historical reference, especially in a context where the milestones of the 90s take on a whole new meaning. A revival in the full sense of the word so to speak. This exhibition focuses on some unmissable moments of their past record but at the same time shows a recent work: Multumiti –Nemultumiti (Satisfied – Unsatisfied) an adaptation to the context of Timisoara of one of their last production. Which explains why the word again is attached to this emblematic title, Serving Art.

Founded in 1990 by Călin Dan and Dan Mihălţianu and joined by Iosif Király in 1991, subREAL functioned as a duet since 1993 when Dan Mihălţianu left.

Stamped by post-conceptual attitudes, overstated with irony and self-mockery, subREAL explored over almost 15 years the native artistic, and the institutional context.

sub:REAL was the first post-1989 collective to introduce to the Romanian art context a diversified operating mode and submit it to others in a variety of forms that will awaken, question and change the viewer’s knowledge. At the same time, they channeled their energies into gaining international recognition. The conceptual coherence of the subREAL approach and the fact that over relatively short periods of time the group had been prolific, flexibly inspired to adjust to various social and institutional issues. 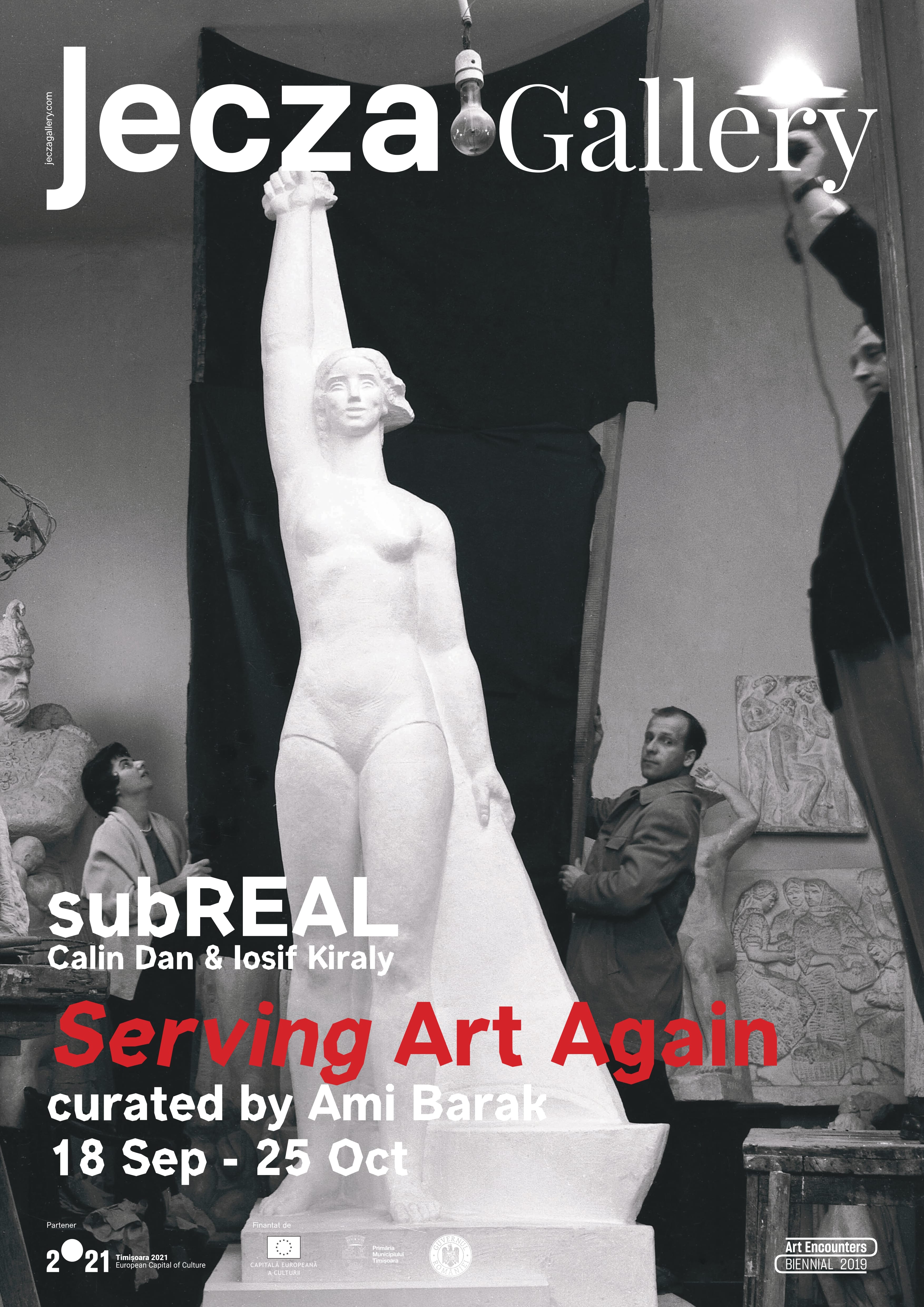