The Firefly series consists of a total of 227 detailed drawings of dying fireflies. Languishing insects are glimpsed against the shadowy ink background. In nature, they use the chemical reaction of bioluminescence during twilight, producing “white light” from their lower abdomen. In some drawings, only the outlines of fireflies are noticeable: a wing, an antenna, a fossil-like shell. The different versions can be seen as the repetition of the moment of dying. But at the same time, each firefly is caught up in its own exceptionalism, the frozen, outsized moment. Philippe Parreno has spread his fireflies worldwide. By systematically giving them away as gifts in groups of three or more, he has created a process that resembles potlach: a gift economy where time and gesture are more important than the economic capital. It also references cellular automation, through which a live cell dies with less than two live neighbors. This is done at a time when firefly populations world-wide are decreasing rapidly, due to light pollution, land-use change and other human activities. ML

Philippe Parreno is a filmmaker and artist who became known to a wider audience with the documentary Zidane, un portrait du 21e siècle [Zidane: A 21st Century Portrait] (2006, made together with Douglas Gordon), about the legendary football player. Parreno’s artistic practice moves between different media and methods in a landscape where dichotomies, such as reality and fiction, are dissolved and merged. Moving across formal and institutional boundaries, he treats the exhibition as a format in its own right, experimenting with various modes of presentation and activation of art works into a totality. 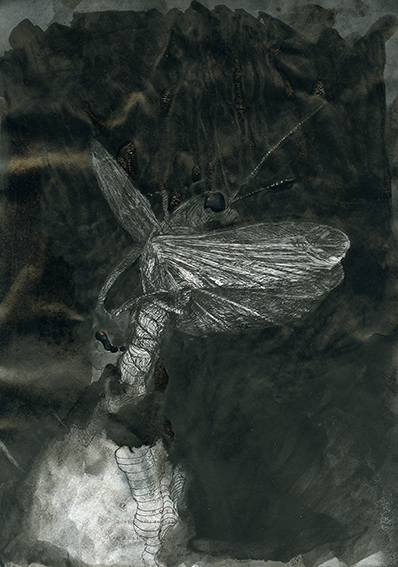