In his now-legendary works which form part of the Atlas Group Archive (1989-2004), Walid Raad explored the history of the recent Lebanese civil wars (1975-1990). Using facts as a starting point—historical, sociological, economic, emotional and aesthetic facts—while claiming that some facts can only be experienced in fiction, he created an intriguing account of experiencing the trauma and violence of war, at the same time intimate and distant. In several works, “hysterical documents” are references to the history of art in the Arab world, specifically the rapid development of a new infrastructure for art over the last decade. Raad uses the writer Jalal Toufiq’s notion of “the withdrawal of tradition past a surpassing disaster” to elaborate on how the material and immaterial effects of war in the region can be seen in art, culture and tradition. While some results of war are material, such as the destruction of libraries and museums, colors, lines and shapes—in other words, art—are affected. But they can also hide, hibernate and take refuge for a period of time.

In the Art Encounters Foundation (ISHO House), he returns to the motif of museum walls, something which he has done in numerous past projects. Coming in various scales and shapes, the museum-like walls are constructed while blinking at the Louvre, the Guggenheim, the Whitechapel Gallery and other institutions with which he engages. Accompanying the walls are the stories of those who, for mysterious reasons, cannot enter the institutions, nor find the seemingly full walls to be empty inside, along with museum objects which morph into something else. ML

Walid Raad is a contemporary Lebanese artist whose work often focuses on the recent history of his country. Working in photography, video, sculpture, and performance, Raad probes the function of memory in the service of forming the history of war and art. “I would also hope that we do not reduce this entire question of the document into the fact versus fiction debate; history versus aesthetics; journalism versus art; true versus false; real versus imaginary; sober versus drunk; clear versus opaque,” he has said of his practice. Born in 1967 in Chbanieh, Lebanon, Raad and his family emigrated to the United States in 1983. He received a BFA from the Rochester Institute of Technology, followed by an MA and PhD in cultural and visual studies from the University of Rochester. In 1989, Raad founded The Atlas Group—a collection of films, videos, photographs, and other essays—which he uses to explain Lebanese history. The primary goal of The Atlas Group is to create a fictional archive that re-examines traditional documentation and preservation methods. The artist has gone on to participate in documenta 11 and the Venice Biennale. He currently lives and works between New York, NY, and Beirut, Lebanon. Today, Raad’s works are held in the collections of the Solomon R. Guggenheim Museum in New York, Hirshhorn Museum and Sculpture Garden in Washington, D.C., and the Tate Gallery in London, among others. 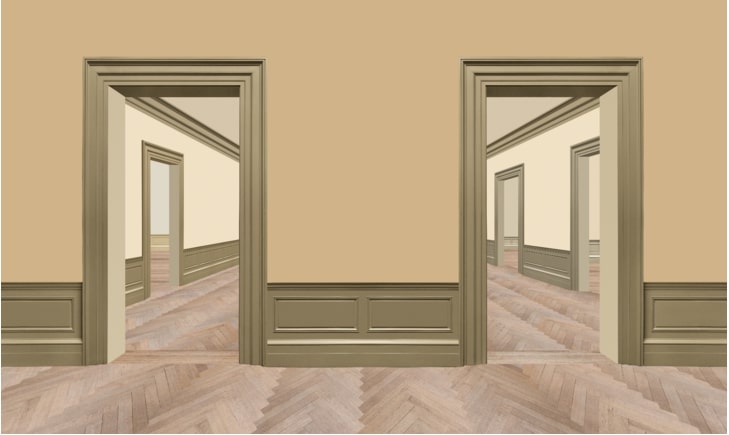