When I Occupy the Present

How does one reconcile the pressure of presenting oneself in a self-assertive and professional manner with imaginative and creative actions? When I occupy the present was driven by Mădălina Zaharia’s interest in the nature of the “artist talk” and its widespread presence in the contemporary art world. The artist took the PowerPoint as a case study, at first a business or sales-pitch tool that has now become a prominent device giving a narrative and visual form to public presentations in diverse contexts.

Zaharia’s production process started in the early months of 2019 with two workshops held in Timișoara. Working together with a group of young graduates and peer artists from the city, she used isolated and stylized graphic elements from PowerPoint presentations such as Basic Shapes, Block Arrows and Callouts in order to collectively examine the performative make-up of an artist talk. Reinterpreted versions of these embellishments have later appeared as graphic components in the film, and on the costumes worn by the two performers, referencing what data visualization researcher Edward Tufte, calls PowerPoint Phluff. The term refers to any array of visual decorations that try to distract from the lack of content in a presentation, or attempt to make it more appealing to an otherwise disengaged audience.

In the film shot by the artist at the Youth House together with a local team, the graphic elements with tones of green and teal are camouflaged in the location that becomes the background of a performative presentation. The movements adopted by the two performers throughout the film are based on a controversial theory of power posing developed by the psychologist Amy Cuddy. Presented during what is, to date, the second most viewed TED Talk online, the theory states that our body language and posture are crucial in achieving our goals by emulating the exact same power and space we are striving to attain. The series of postures and attitudes that are meant to choreograph and perform the very idea of success are complemented by the film’s voiceover. Mixing corporate and software language, the script emphasizes how technology serves the marketization of the self. AR 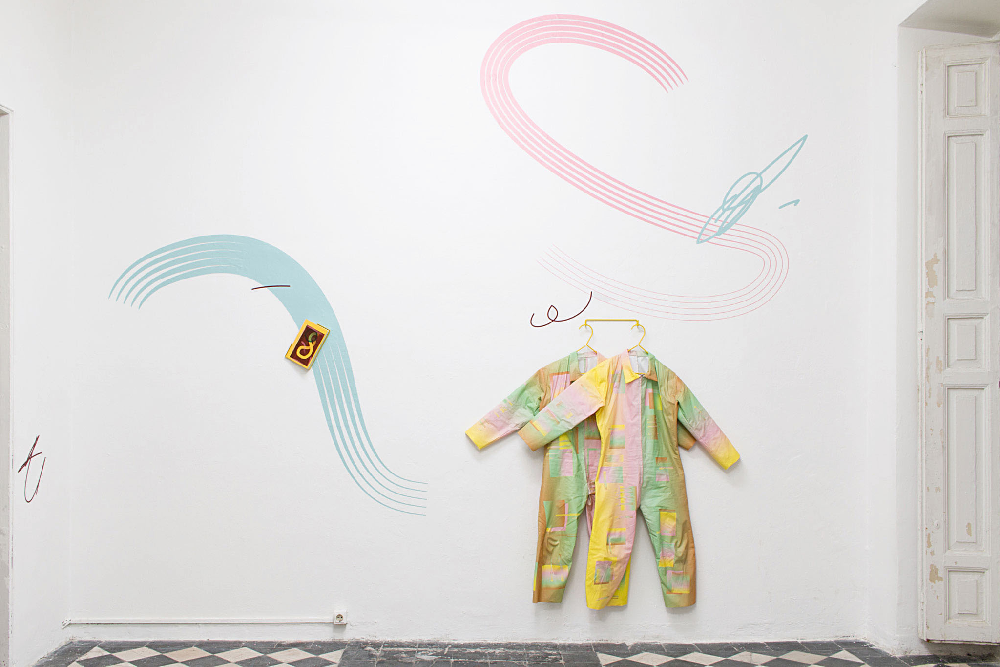