Huniade Castle | The Faculty of Architecture and Urban Planning

Together with Lajos Gabor: The European Everything (2017—ongoing), installation and performance at the park by the Huniade Castle.

For five days, at the end of August, the Tromsø-based artist and architect Joar Nango in collaboration with Oradea-based blacksmith Lajos Gabor set up camp in a small park outside the Huniade Castle in central Timișoara. There, they continued the project The European Everything which started with the art exhibition Documenta 14 in Athens and Kassel in 2017, where they worked together on household objects, jewellery and sculptures, drawing on both Sámi and Roma traditions. Gabor and Nango are using simple hand tools to create objects in materials such as copper, reindeer antlers, leather and bark. Metal work with an open fire and a giant bellows is often at the heart of the project which embraces do-it-yourself methods and tactics in resilience.

While in Timișoara, Gabor, Nango and their small team of family, friends and spontaneous participants on site, improved a number of objects in public space: the lower part of a lamp post was fixed with a copper shield which included a shutter for accessing electricity; they mended the bottom of a trash can and sculpted a birdhouse in copper for the rare long-eared owl which lives in the great chestnut trees in the park. Owl feathers found on the ground next to the trees were incorporated in jewellery made on-site. Tools and crafted objects were displayed on the benches and ledges in the park, creating a temporary outdoor living museum which became an attraction for passers-by. ML

Joar Nango’s work for the Art Encounters Biennial was made possible with the support of The Office for Contemporary Art Norway (OCA). 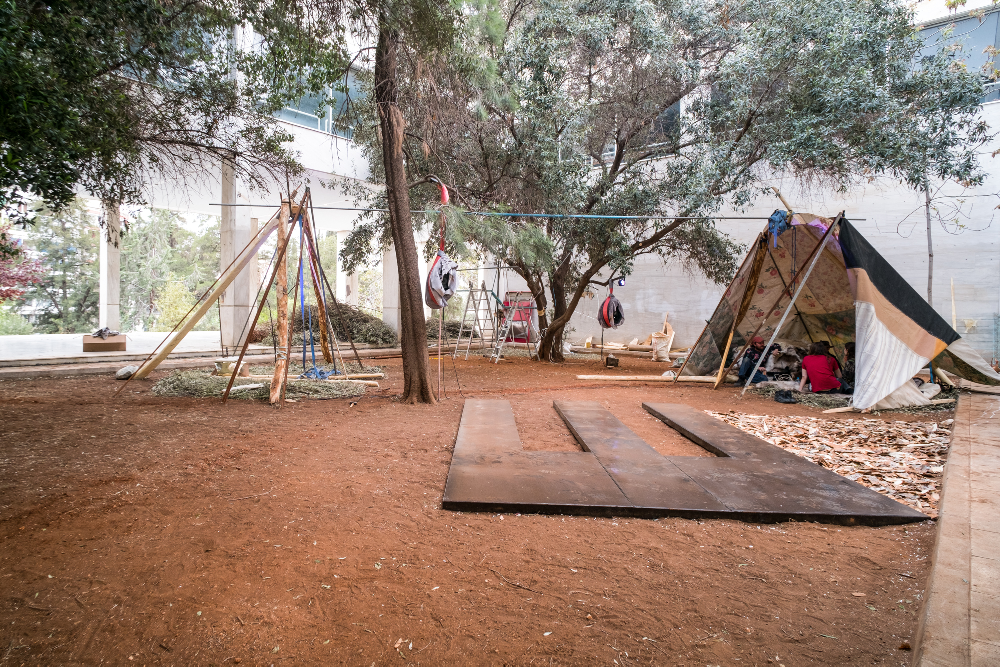