Swinging himself up in the air, a tightrope walker carries paintings from one cliff to another up on a high canyon. The dramatic landscape are the highlands of the Caucasus Mountains and the brave and skillful performer of Dagestani origin is Rasul Abakarov, a member of the fifth generation of a family of tightrope walkers, striving to preserve his cultural heritage. In the autonomous region Dagestan, tightrope walking is a tradition. It served as a form of movement between remote mountain villages, and has become a valued local craft. The 61 paintings Abakarov is delicately carrying are all reproductions of works from the collection of the P.S. Gamzatova Dagestan Museum of Fine Art.

The act of tightrope walking is the skill of maintaining balance, a metaphor underlying Makhacheva’s film. The decolonial thinker and writer Madina Tlostanova has pointed out that the Dagestani artists behind the paintings had already walked a tightrope in their work, negotiating between their training in classical academic tradition, the imperatives of Soviet realistic style, Western influences, and depictions of local subjects. Yet the most poignant mediation the artist addresses is the act of balancing between an inherited tradition and the decision to walk an unusual, risky path, as concerns both the artists and our art institutions. AR

Taus Makhacheva (b. 1983, lives and works in Moscow) is known predominantly for her performance and video works which critically examine what happens when different cultures and traditions come into contact with one another. Having grown up in Moscow with cultural origins in the Caucasus region of Dagestan, her artistic practice is informed by this personal connection with the co-existing worlds of pre- and post-Sovietization. Oftentimes humorous, her works attempt to test the resilience of images, objects and bodies in today’s world. BA in Fine Art from Goldsmiths (2007) and MFA from Royal College of Art (2013). Selected exhibitions: Manifesta 12 (2018); Storeroom (Van Abbemuseum, 2018); Liverpool Biennial (2018); Yinchuan Biennale (2018); Riga International Biennial of Contemporary Art (2018); Venice Biennale (2017); Garage Triennial of Russian Contemporary Art (Garage Museum of Contemporary Art, 2017); Museum ON/OFF (Centre Pompidou, 2016); Shanghai Biennial (2016); Kyiv Biennial (2015); Moscow Biennale (2015 and 2011); Sharjah Biennial (2013). Awarded the 6th Moscow Biennale of Contemporary Art Foundation Prize (Moscow, 2015), “Future of Europe” Prize, Museum of Contemporary Art, Leipzig (2014) and the “New Generation—Innovation” State Prize (2012). Represented by narrative projects, London. 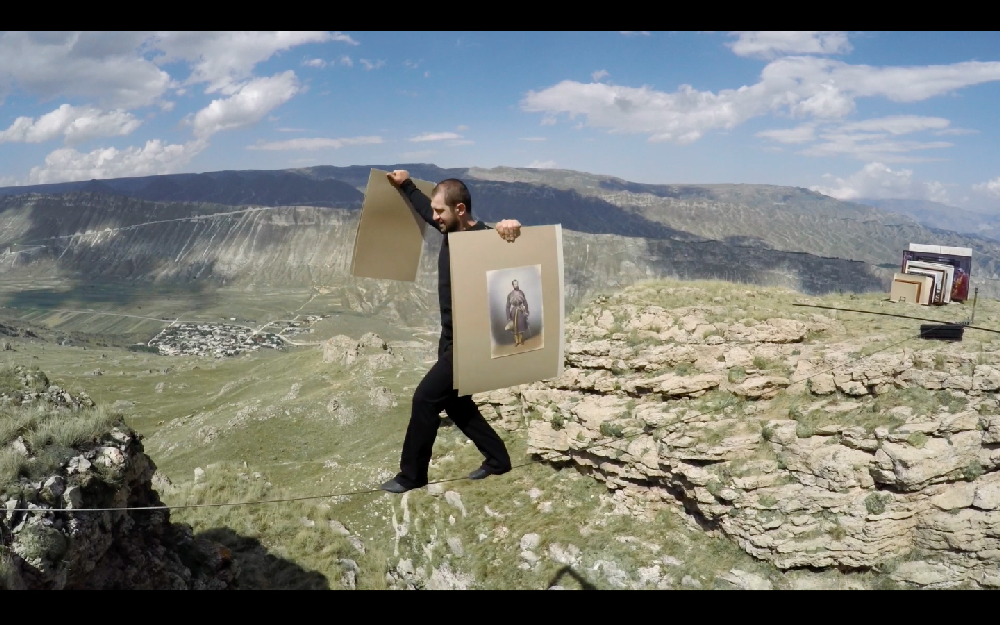