“The home is lost. The home died. The home is behind me now.” In Halil Altındere’s video Homeland, the Syrian rapper Mohammed Abu Hajar takes us on a journey from a bombed Syria to Istanbul’s Basilica Cistern, and on to the defunct Tempelhof Airport, which now serves as a temporary refugee camp in Berlin. With a music video-like effect, we are thrown into a violent story about an ongoing war, where people are fleeing for their lives with the hope that Europe will open its borders. The fast tempo shifts, electronic soundtrack, and dramatic content are reminiscent of Hollywood film dramaturgy, but Homeland intersperses fiction with documentary. With a drone’s aggressive top-down perspective, the film examines Fortress Europe’s ruthless barbed wire fence.

Altındere has long been interested in issues of migration, identity, and gender in relation to the repressive, patriarchal, and nationalist structures in Turkey. He is often collaborating with various groups, for example a group of Roma youths in Istanbul who are the main protagonists in the video Wonderland. Recorded right before the Gezi uprising, their hip-hop band gives voice to the resistance against gentrification. Another project examines the history of the first, and so far only, Syrian cosmonaut, Mohammed Ahmed Faris, who joined a 1987 Soviet space mission. Now he is a refugee in Istanbul. For this year’s biennial in Venice, Altındere contributed a new pavilion, Neverland, which only consists of a façade, drawing attention to underrepresented and marginalized people, including his own Kurdish minority.

Halil Altındere (b. 1971, Mardin) currently lives in Istanbul. He explores political, social and cultural codes, focusing on depicting marginalization and resistance to oppressive systems. Altındere has been a central figure in the Turkish contemporary art world since the mid-1990s, not only as an artist but also as the publisher of art-ist Magazine and as a prominent curator. Refusing to see the problems of Turkey as exclusively local, the artist scrutinizes numerous topics such as urban transformation and gender relations in his often collaborative works. His works explore the questions of how we define society, what mechanisms hold us together, and what role politics, taboos and traditions play in this process. 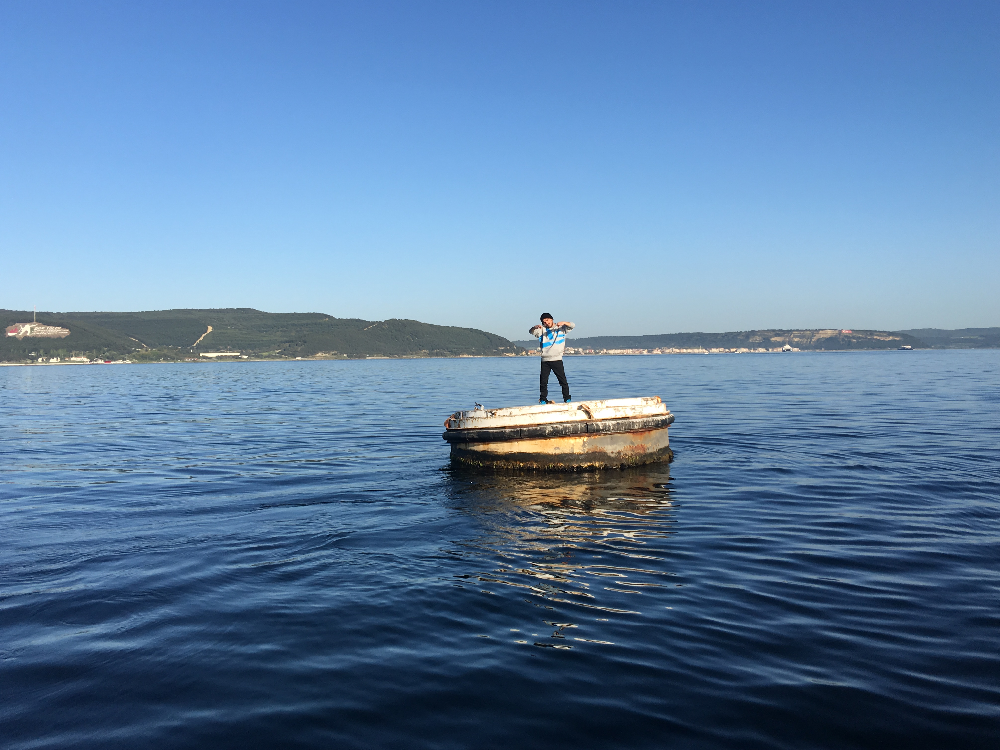 Halil Altındere, video still from Homeland, 2016, HD video, color, 9’48”, commissioned and co-produced by Berlin Biennale for Contemporary Art, produced with the support of SAHA, Istanbul, courtesy of the artist and Pilot Gallery, Istanbul