The Excluded. In a Moment of Danger

Their video The Excluded. In a Moment of Danger is a complex eyewitness report about the takeover of Crimea, the Boeing crash in Ukraine and other less-covered events. But rather than being documentary in its formal articulation, it is highly staged and theatrical, made collectively with graduates from Chto Delat’s own School of Engaged Art in St. Petersburg. The one hour-long film is divided into twelve chapters, each featuring the barefoot graduates as themselves arranged in various choreographed constellations inside a studio. The room is both domestic and institutional, with support structures like exhibition pedestals placed on the floor. The participants repeatedly log on to their social networks, only to realize that nothing has changed. Standing up, they give their coordinates in time and space: “I’m 7000 light years from the N6C6611 Cluster of stars annihilated by the explosion of a Supernova and 1000 years before its disappearance from our field of vision” and ‘I’m 2000 km away from the battle for the Donetsk airport and 20 years from the first war in Chechnya”.

The camera behaves like a searchlight, moving slowly with and around the agents in the room. In chapter five ‘the ear of society’ is introduced, with a giant ear entering the room, and they re-tune their voices, literally, to be heard. In the section where they begin to listen to one another, there are glimpses of what it may be like to live in Russia today: while one woman is “fucking scared” as a lesbian, the split in society is likened to civil war by another woman. A man claims that his non-conformist tongue is his conflict. According to another participant, families are divided on Putin and Crimea. When they are seeking for points of no return in history, they first come to the signing of the act for the annexation Crimea. Others suggest the trial of Pussy Riot, 9/11, the first congress of the opposition and its failure to unite the various groups. The most striking suggestion is the 1999 bombing of Belgrade by NATO, after which a conservative turn demanded the citizens of Russia to not only sympathize with their fellow Orthodox Serbs, but also to hate Albanians. Despite the fact that most people never heard of them before. ML

Chto Delat is a work group consisting of artists, critics, philosophers, and writers spread across the Russian cities of St. Petersburg, Moscow and Nizhny Novgorod. Since 2003 they have worked collaboratively to combine art, activism and political theory to make space for cultural diversity in a society where freedom of speech on a small-scale, as well as mass protest, are becoming more and more difficult. Some say impossible. Their projects range from artworks and actions to writing and publishing Chto Delat?, a bilingual English-Russian magazine, published inexpensively on newsprint as well as online, which are all produced through intensive dialogue with international colleagues. Drawing inspiration from revolutionary democrat and materialist philosopher Nikolai Chernyshevsky’s 1863 novel What is to be done? (rather than Lenin’s 1902 article with the same title), the Chto Delat collective aims to address the enormous social, economic, and political problems of Russia today and the role of cultural production therein. 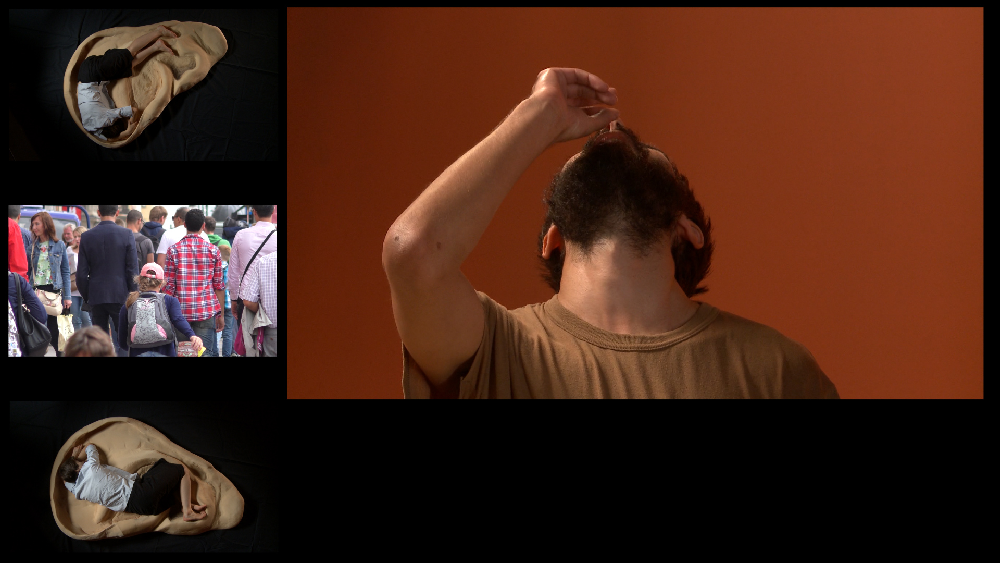 Chto Delat, The Excluded. In a Moment of Danger, 2014, video still, courtesy of the artists