The CUTRA collective was formed in April 2018 in Bucharest, and from the beginning they sought to create an editorial platform which would approach diverse topics from a feminist-queer-intersectional point of view. Since its founding, it completed its first print edition of the CUTRA magazine, launched on 1 December 2018, and is currently rolling out the www.cutra.ro project, an online editorial platform, active since 18 May 2019. The CUTRA collective has four members: Alice Venir, Cristian Nanculescu, Lavinia Ionescu and Nicoleta Moise, whose various professional backgrounds are linked to the common interest in examining and creating an inclusive socio-cultural and editorial climate. The CUTRA collective is queer and antifascist. It’s researched, intuitive and sensitive. It’s pop and it’s radical, it’s imperfect and restless. 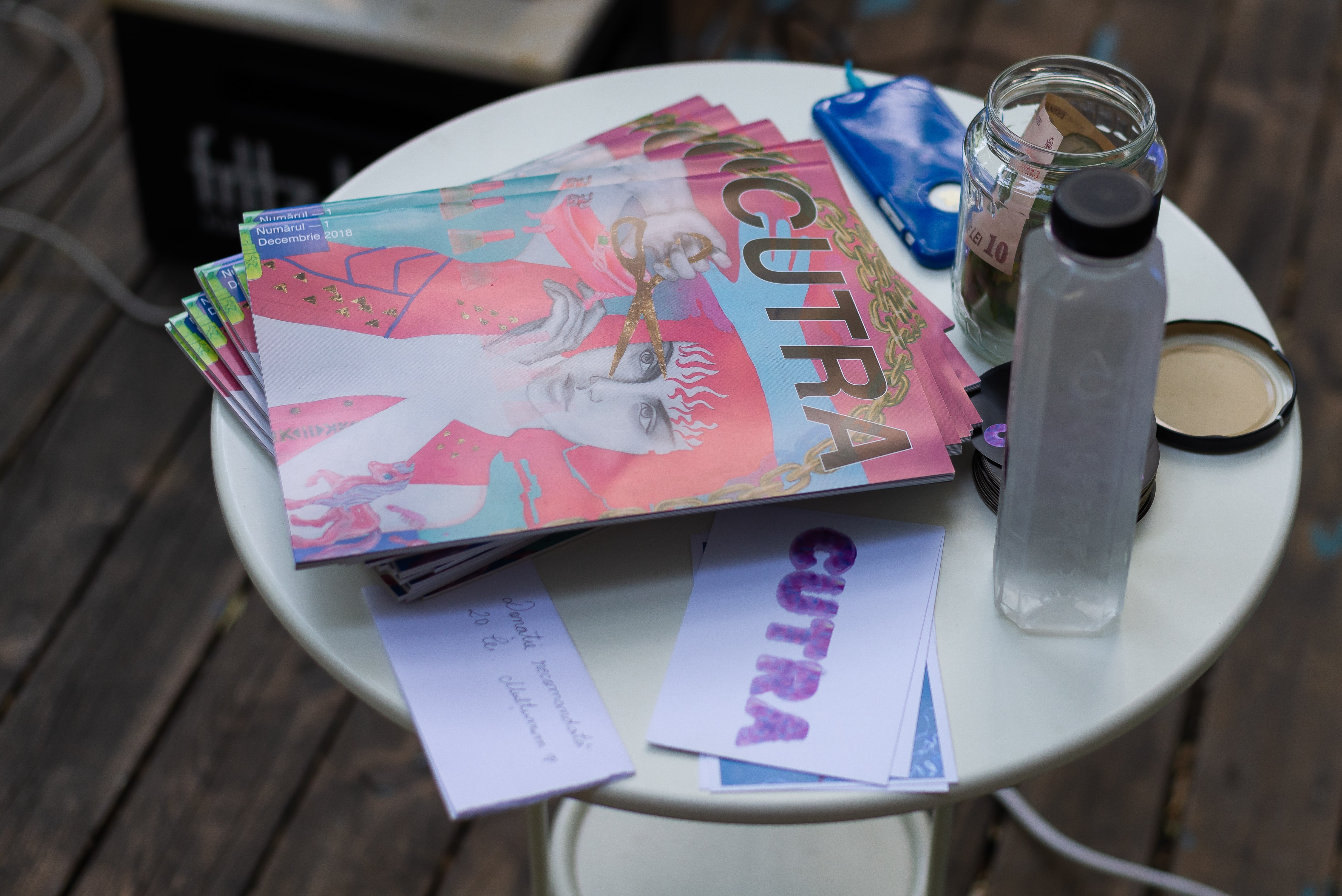