Participants in the 2019 Art Encounters Biennial exhibition are*:

Participants in the Collective Readings and Independent Publishing Platform are:

For the third edition of The Art Encounters Biennial in Timișoara, a series of context-sensitive commissions will reflect on contemporary art as a form of understanding which, along with science, politics, literature, and philosophy, helps us tackle the complexity of life today. Curators Maria Lind and Anca Rujoiu will match artworks and practices with situations, locations, and questions, placing them alongside existing works that will be embedded in the landscape and history of Timișoara. Among them a series of thematic architecture walks through the city will take place. The Biennial’s name, Art Encounters, acts as further inspiration for discussion and reflection. Each artwork will be the product of encounters, and aims to find and develop contact and conflict zones with groups and individuals around the art.

Over the course of this edition of the Art Encounters Biennial, different thoughts and ideas will flow through artworks and practices, influencing this part of the project. Similar to the winds in Herta Müller’s novels, which take place in and around Timișoara and have different connotations, the winds of the Biennial will bring various temperatures, atmospheres, and even substances. Winds blow through borders and translations, something well known in Timișoara’s Banat region, including the edges of visibility and invisibility. Another wind drives an attentiveness to craft and the work of the hand. A third wind stimulates independent publishing, personal collections, and forms of self-organisation.

A number of partnerships and other forms of collaboration are essential to the Art Encounters Biennial 2019, which started in January and will continue until the end of the year. The Biennial exhibition will open on September 20, 2019. Leading up to this, a series of talks made in collaboration with the Art Faculty and the Architecture Faculty – the Biennial Talks – are taking place as an integral part of the Biennial. A series of workshops with participating artists also form part of the biennial, just as the monthly Ambasada Gatherings, informal get-togethers with local cultural producers. A further component is the program of volunteers involving art students and other young practitioners. A publishing platform, with collective readings, independent art publishing from Romania and Serbia, and a symposium, will conclude the exhibition period.

Collaborating with the organization Contrasens which conceived a special mediation program – Ways of Knowing, the Biennial’s third edition continues the mission of engaging a wide audience in social debate, creating a vibrant platform for cultural exchange between the art scenes in Romania and those abroad. The art will be sitting in exhibition spaces like The Art Encounters Gallery, The Banat Museum, The Bastion, Casa Artelor, Helios Gallery, The Tram Museum, The Youth House, The West University, The Polytechnical University, The County Library, The Museum of the Communist Consumer, the Faculty of Art and Architecture, the City Business Center, Shopping City Mall, The National Theatre and a number of outdoor locations in the city, as well as stretching outside Timişoara at The Press Museum “Sever Bocu” in Jimbolia and The Textiles Museum in Băiţa.

Anca Rujoiu is a curator and editor based in Singapore and Timișoara. As curator of exhibitions and later head of publications (2013–18), she was a member of the founding team of the NTU Centre for Contemporary Art Singapore. She was co-curator of Collective Fictions, one of the selected projects in Nouvelles Vagues (2013), a program by Palais de Tokyo dedicated to young curators. 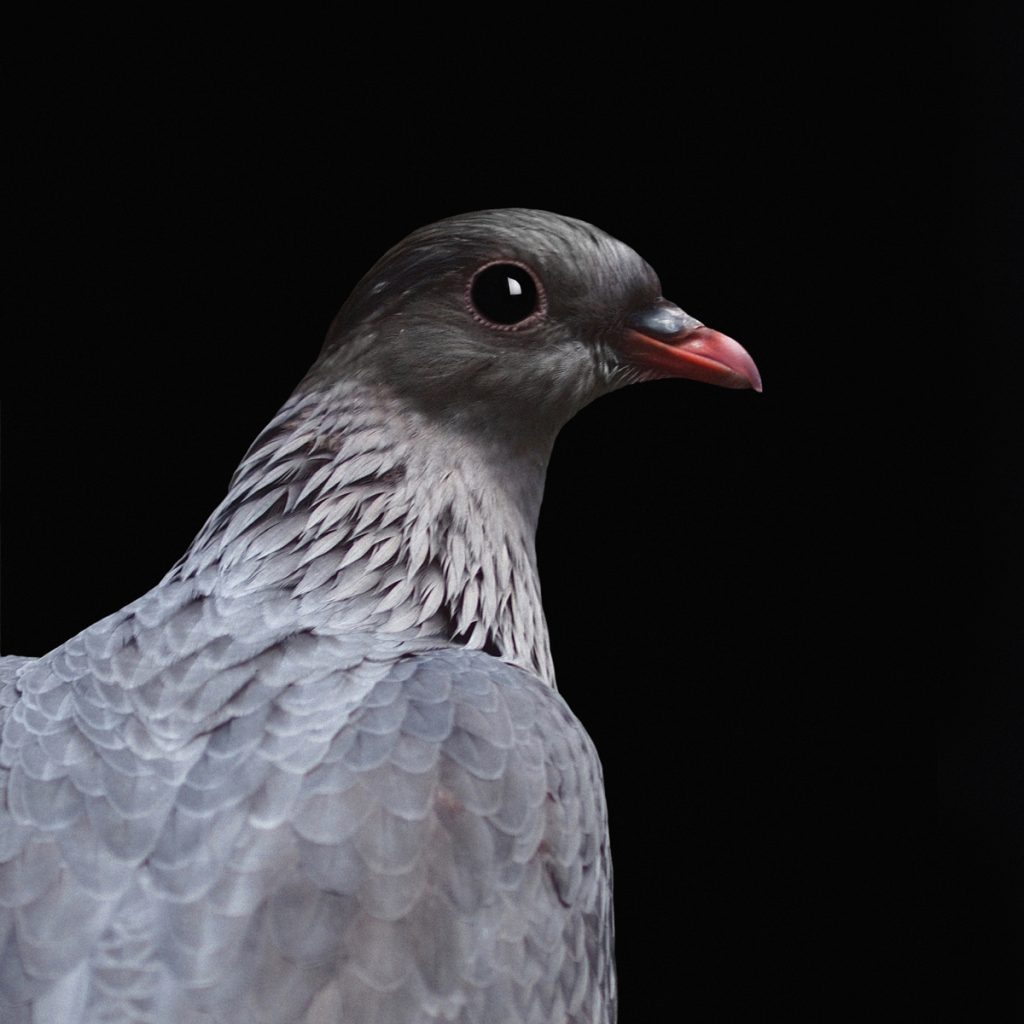 Agnieszka Polska, The Wayward Pigeon, 2019, part of the public space and online campaign for the Art Encounters Biennial 2019. Courtesy of the artist.