Paradise Blueprint addresses a history of cultural exchange and myth-making surrounding the so-called bird of paradise native to Papua New Guinea. The bird became currency between Papuans and 16th-century European explorers, being traded for tools, nails and blankets. In the local tradition, the trade-skins were prepared without feet or wings. Once in Europe, this triggered various theories, one being that the birds were living in a world of paradise—that they were a kind of flying serpent that never touched the ground until it died. Paradise Blueprint is a continuation of a previous project in which Zac-Langdon Pole removed the legs of the taxidermied Bird of Paradise to recompose it according to the initial forms of trade and contact between the two cultures. Here, Langdon-Pole has used the amputated legs themselves to create the pattern for a wallpaper that wraps around an entire space. In the wallpaper which resembles a blue sky, the bird’s legs are rendered visible, yet remain mysterious. The use of cyanotype makes a historical reference to the English botanist and a pioneering photographer, Anna Atkins. She used this technique for a handmade book in 1843 that marked the first publication using photographic images. Cyanotype is a process of printing wherein the negative image of an object can be obtained on a treated paper through direct exposure to sunlight. The same technique known as blueprinting was later used to produce copies of architectural and engineering drawings. AR 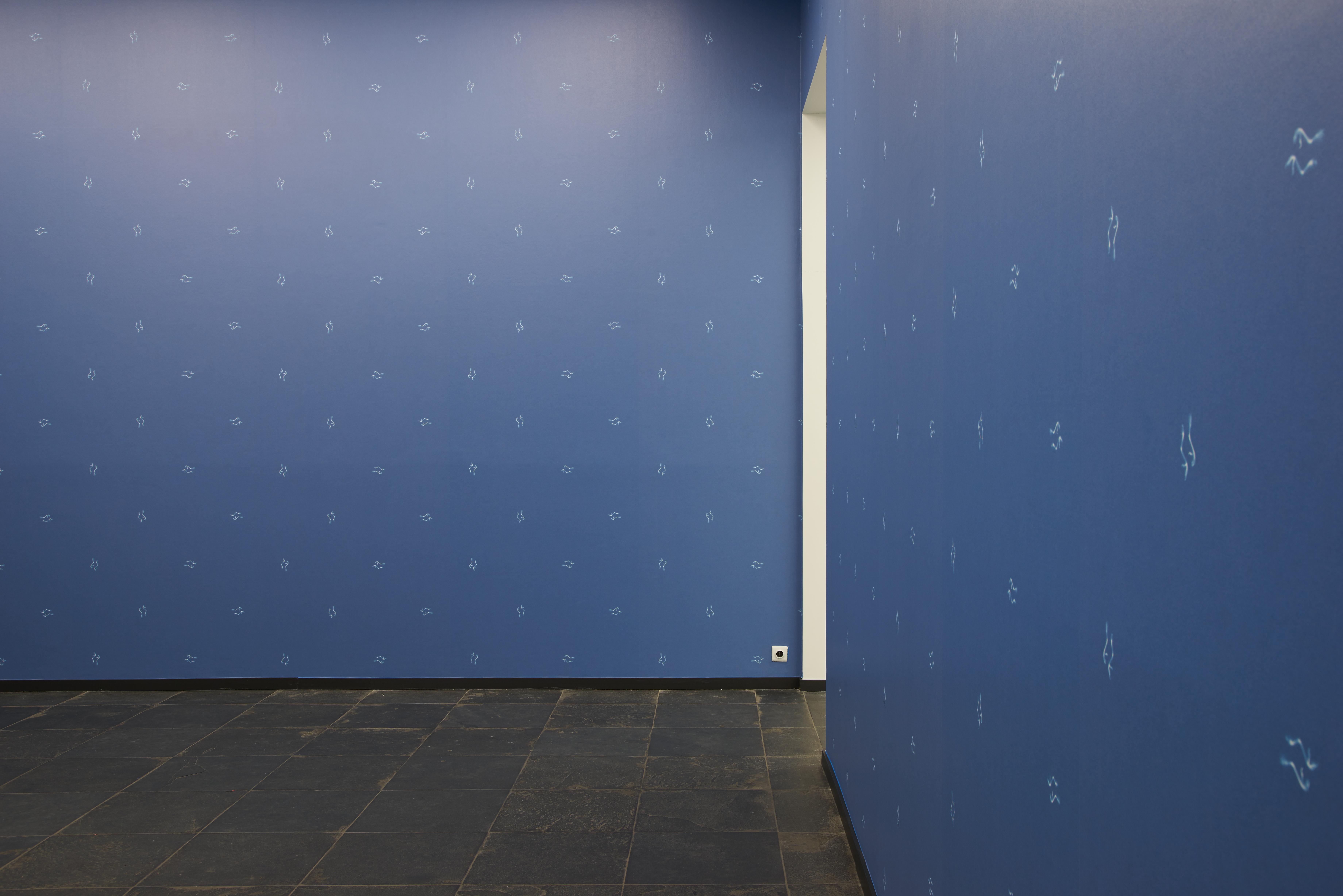