In collaboration with Bety Pisică (voice) and Ion Dumitrescu (sound)

For her commission as part of Art Encounters Biennial 2019, Alexandra Croitoru engaged with a context beyond Timișoara. Less than one hour away from the city, Jimbolia can be found at the border with Serbia. This town experienced multiple historical shifts: it fell under Ottoman administration, followed by the settlement of the German colonizers, and came to know a short episode of Serbian rule. With an approximately ten thousand residents today, Jimbolia is the home of three museums, including the memorial house of the Swabian artist Stefan Jäger and the “Sever Bocu” Press Museum. Comprising a rich archive of newspapers in the numerous languages spoken in Romania, as well as materials related to the press, the museum was established in 2007 based on the collection and efforts of the poet and journalist Petre Stoica.

What strikes the visitor entering the museum space is the physical presence of the newspapers and the materiality of the archive. Stacked on shelves and organized in clusters, the newspapers form a compact picture of bulk packs of faded paper. The titles of the newspapers can be seen on the shelves, arranged in alphabetical order, all written by hand as these are the daily notes in the cataloguing system updated daily by the museum’s staff.  Inspired by this archival setting, Alexandra Croitoru brought the newspaper titles, themselves, to life. The heterogeneous selection of titles, brief and engaging like Cugetul Românesc, Drumul Belșugului, Duminica Universului, Dimineaţa Copiilor, Discobolul, Doina, Dreptul, Dacia etc., was used to produce a series of poetic connections. Working together with Timișoara acting student Bety Pisică and music producer Ion Dumitrescu, the artist created a sound piece out of the collected titles. In the spirit of the avantgarde, the project developed at the intersection between literature, visual arts and sound. The cut-up technique reunites under the same history, the Dadaist experiments with William S. Burroughs’s writings. The text traverses multiple registers of interpretation, from plain speech to the stylised rhythm of rap highlighting the declarative force of each title and their ongoing relevance in the present day. Installed outdoors, at the Maria Theresia Bastion, Banat Museum (building B), the work will disturb the daily movement of the visitors, the social force of the newspapers will take back the streets. A scrolling text led with a selection of titles will become a permanent display at the Press Museum in Jimbolia, bringing the past and the present moment to light for the outdoors, in an institution that holds such a valuable collection. AR

Alexandra Croitoru (b. 1975, Bucharest) has been teaching at the Photo-Video department at UNArte Bucharest since 1999. Since 2011 she has been a co-curator at Salonul de Proiecte Bucharest. Her projects have been presented in exhibitions organized by institutions such as Kunsthalle Winterthur, MNAC Bucharest, tranzit.ro/Bucharest, Club Electroputere Craiova, mumok Vienna, Zachęta National Gallery of Art Warsaw, Shedhalle Zürich, Casino Luxembourg, Künstlerhaus Bethanien Berlin, Salon of the Museum of Contemporary Art Belgrade, Kunsthallen Nikolaj Copenhagen, Centre for Contemporary Art Plovdiv, Kunsthalle project space Vienna and Brukenthal National Museum Sibiu. Her PhD research (2014), focusing on the “nationalization” of Constantin Brâncuși in Romania, was the starting point for an editorial project, Brâncuși. An Afterlife (IDEA Cluj & Archive Books Berlin), as well as for the exhibitions she curated in 2015 in connection to it: The Sons and Daughters of Brancusi. A Family Saga—(Act I) at Galeria Plan B Cluj / Berlin and (Act II) as part of Timișoara Art Encounters 2015. 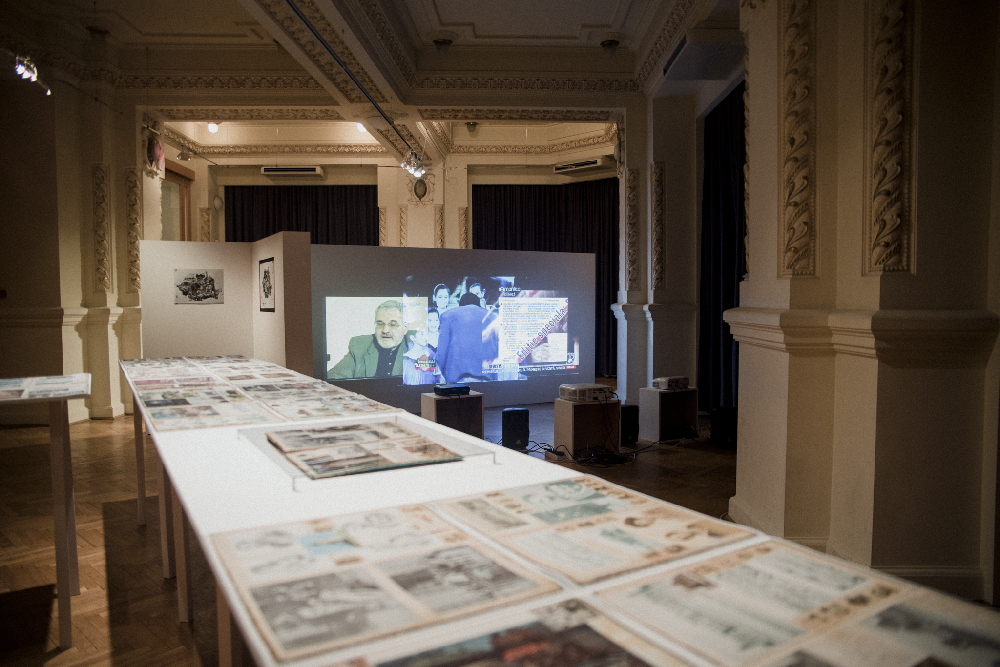