This project deals with the material aspect of a number of widespread autoimmune diseases of our time, such as Alzheimer’s, Parkinson’s, MS and Crohn’s disease. These are diseases that in one way or another, have been linked to environmental factors such as toxic chemicals and dietary factors. For each goblet the artist followed the available scientific research and filled the glass with common materials, “pollutants”, linked to the disease. (The etymology of the word goblet connects it to the Old French verb “gober”, which means to swallow whole). These substances are taken from materials that are included in food or which otherwise surround us. Looking like glittery jewelry, or accessories, the glass goblets are an example of the artist’s engagement with bio-chemistry and other molecular processes, which might lead to the artwork changing during the exhibition period. The base plate underneath each glass on the pedestal has been painted in the color associated with the individual disease, used to raise awareness and fundraise for it.

Inspired by the poisoned cup in Shakespeare’s Hamlet, as well as Anna Tsing’s claims about Anthropocene investors in the book The Mushroom at the End of the World, the artist is exploring the agency of matter, staging “molecular dramas”. The poisoned cup in Hamlet was given to Hamlet by his perpetrator, but it ended up poisoning the perpetrator himself, and others he cared about. This idea of sending out toxic goods and thinking that it is possible to separate the cup from the maker, and humans from their immediate and extended surroundings, is paralleled in how Tsing describes capitalist investors. She writes about how a single-minded focus on short term gains and human mastery have contributed to the current ecological disaster. Informed by a feminist new materialism, the artist underlines that autoimmune diseases is a feminist issue as they mostly affect women, and especially women of color. ML

Ane Graff (b. 1974, Bodø) lives in Oslo. She graduated from Bergen National Academy of the Arts in 2004 and currently holds a research fellow position at the Oslo Academy of Fine Art. Her art practice is inspired by feminist new materialism in its aim to think about matter and materiality in new ways and by the urgent need to think and act differently due to the climate change. Dismantling the idea of an object’s singular identity and perceived solidity, she shows that its many narratives of coming into existence offer a way to present materiality differently in her practice by putting on display either its cultural contexts and histories, or its changing material processes. She remains continuously interested in developing new material experiments that can make the entanglements between humans and the physical world visible. Recent exhibitions include: Soon Enough: Art in Action, Tensta konsthall, Spånga (2018); Mattering Waves, Entreé NY, Elizabeth Dee Gallery, New York (2017, solo); Myths of the Marble, Henie Onstad Kunstsenter, Oslo, and the Institute of Contemporary Art, Philadelphia (2016); Patches of Standing Water, Platform China Contemporary Art Institute, Beijing (2010, solo); the 11th Gwangju Biennale (2016) and Surround Audience: New Museum 2015 Triennial, New York. Graff is taking part in the upcoming exhibition Weather Report—Forecasting Future, shown at the Nordic Pavilion at the 58th Venice Biennale. 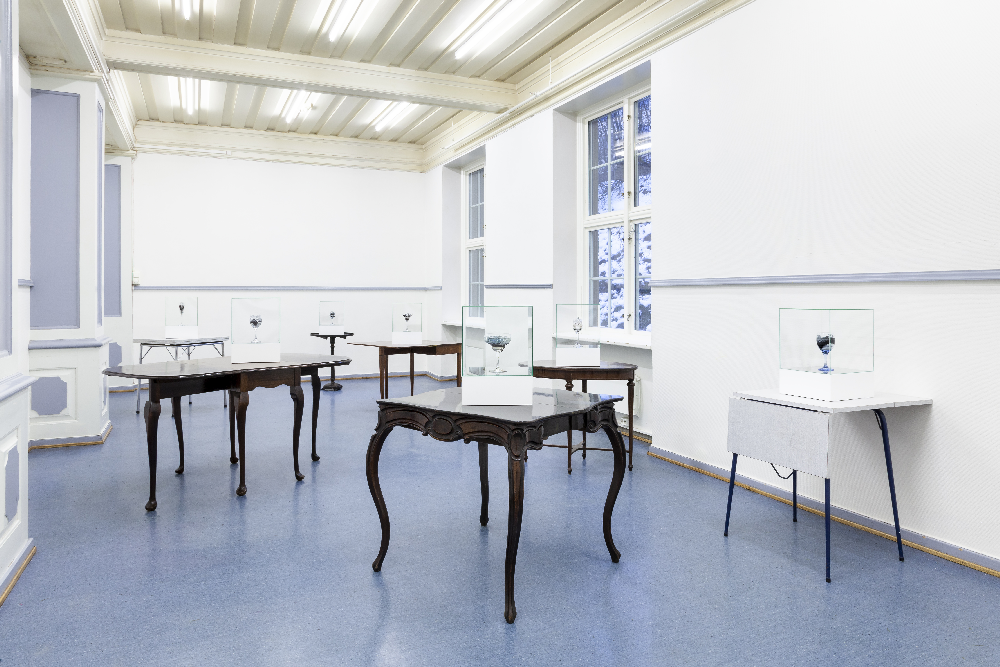