The Faculty of Arts and Design

In October 1990, the Visual Arts, Music and Dramatic Arts Department opens its gates to the students, as an integrated part of the Philology Faculty of the West University. Starting with three specializations—painting, graphics and art pedagogy—it would expand to include sculpture, design and textiles, leading to the foundation of a separate Arts Faculty in 1996.

With such professors as Constantin Flondor, Doru Tulcan, Romul Nuţiu, Peter Jecza, Cristian Sida and others, the Faculty initially occupied a part of the former German City Hall from Libertăţii Square. Its headquarters are later relocated to Calea Bogdăneștilor, and, finally, to the building which hosts it to this day, Oituz Street no.1. The building is actually the former Nándor Barracks, also known as the Ferdinand or the Oituz Barracks, which is demilitarized and abandoned following the 1989 Revolution. After subsequent rehabilitation works, the garret is transformed into a spacious attic that hosts additional workshops and the Attic Gallery, where various exhibitions, work presentations and conferences take place.

At the time of its foundation, the Arts Faculty offered two study directions: Visual Arts, which was initially under the coordination of Constantin Flondor, and Decorative Arts, whose department head was Magda Ziman. In time, the faculty was extended through new departments and specializations: artistic pedagogy, conservation-restoration, textiles, ambient art, graphic and media design. 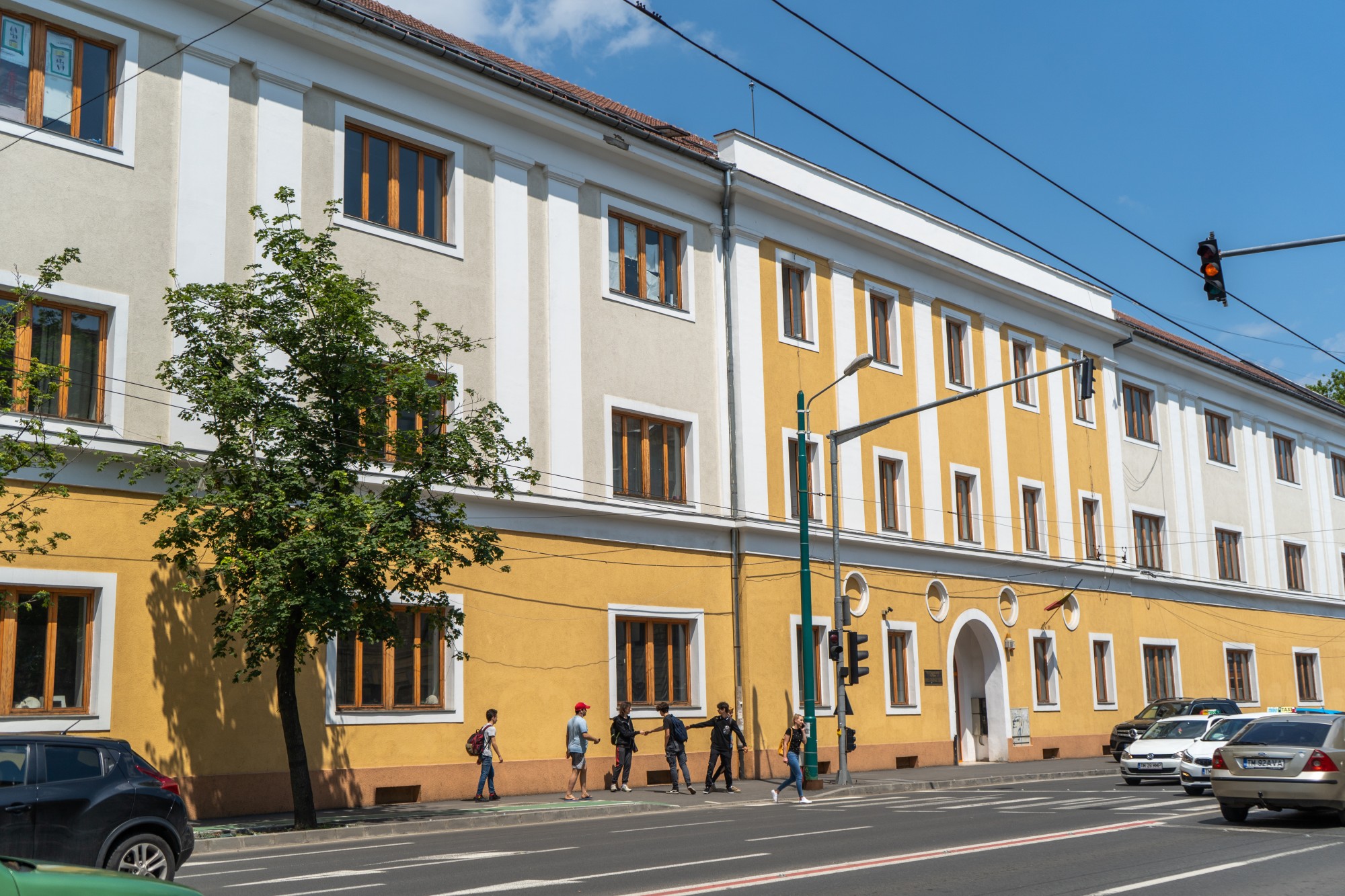