Optilux is located on Nicolae Paulescu Street no. 1, at the ground floor of the monumental Dauerbach Palace, built between 1911-1913.

The palace dominates the Victoria Square center and was built according to architect László Székely’s project. The building faces three streets and, according to the original urban design of the city, the perspective of what is today Johan Wolfgang von Goethe Street was supposed to open towards the ensemble of buildings of the Piarist Order, designed by the same architect, thus creating a coherent urban composition.

The Dauerbach Palace is an impressively large building, occupying an entire block. In order to minimize the immensity of the building, the architect divides the western facade, towards Victoria Square, into three areas: one central and two lateral. Considerably higher, the central area is further divided using pilasters, which mark the lateral boundaries and the central axis. The same central area possesses three ogival pediments in the form of accolades at its superior side. Just below the top of the arches lie specific Secession style sculptures of faces in bas-relief, surrounded by two large circular attic windows. The two side areas, with a shorter roof, slightly raised at the corner, are, themselves, decorated with a pediment, pilasters and a brushed plaster that gives elegance to the facade.

Along the famous Palace restaurant, the building’s ground floor also hosted a pharmacy in its northernmost corner. Next to it, following one of the Dauerbach Palace’s entrance gates, lies the Optilux space, maintaining the old Timișoara Pharmaceutical Office firm above its shop windows. 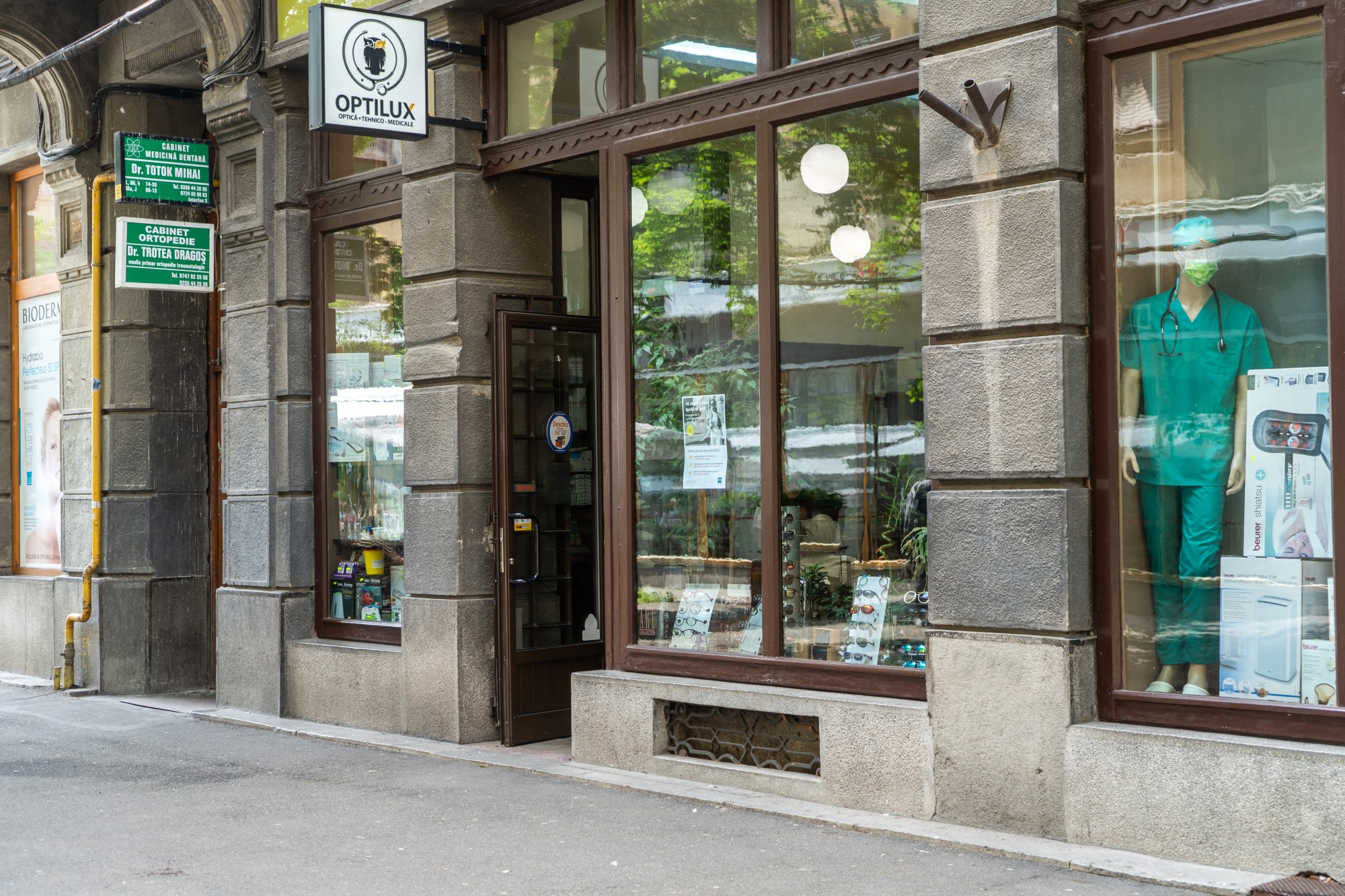