The West University of Timișoara is an ensemble of invaluable heritage regarding Romanian modernist architecture.

Built between 1961 and 1964 following the design of architect Hans Fackelmann (the same architect who also created, among others, the “Ion Vidu” Music High School, the modernist catholic churches of Orșova and Dumbrăviţa), the building ensemble is the result of a harmonious collaboration between architects, engineers and artists.

The brief is approved in 1960 and is forwarded to the Architecture and Design Systematization Office, where the project is awarded to Hans Fackelmann, who collaborates with architect Sorin Gavra. The project approaches a semi-pavilion system, consisting of an extended structure divided into various sections and a sports hall, and integrates the former building of the Pedagogical Institute, built in 1949.

The entire ensemble is thought as a meeting place, from the preceding natural environment to the attention given to the large common spaces which provide familiarity and privacy, attributes quite uncharacteristic for the communist architecture of the time. The rhythm, proportions, material honesty, finishing and details of structural elements (for example, the corner detail of the foyer columns, where the travertine plaques don’t meet, thus creating a composition of  four vertical panels) form an entire scenography, a logical and structured unity.

Aula Magna, the 500-seat hall of the University, is one of the most spectacular spaces of the main building, resulting from the collaboration of the engineer Gruneazeriu, who took care of the space’s acoustics. Initially, the Aula had an acoustic reflector over its stage, but it was later removed.

Art worlds come together in the whole composition, from the first floor mosaic by Adalbert Luca and Leon Vreme, to Romul Nuţiu’s mural decoration in the foyer, to Ștefan Szony’s 300-square-metre mosaic on the nordic facade, up to the elegant interior courtyards that once hosted the works of the Art Faculty students. 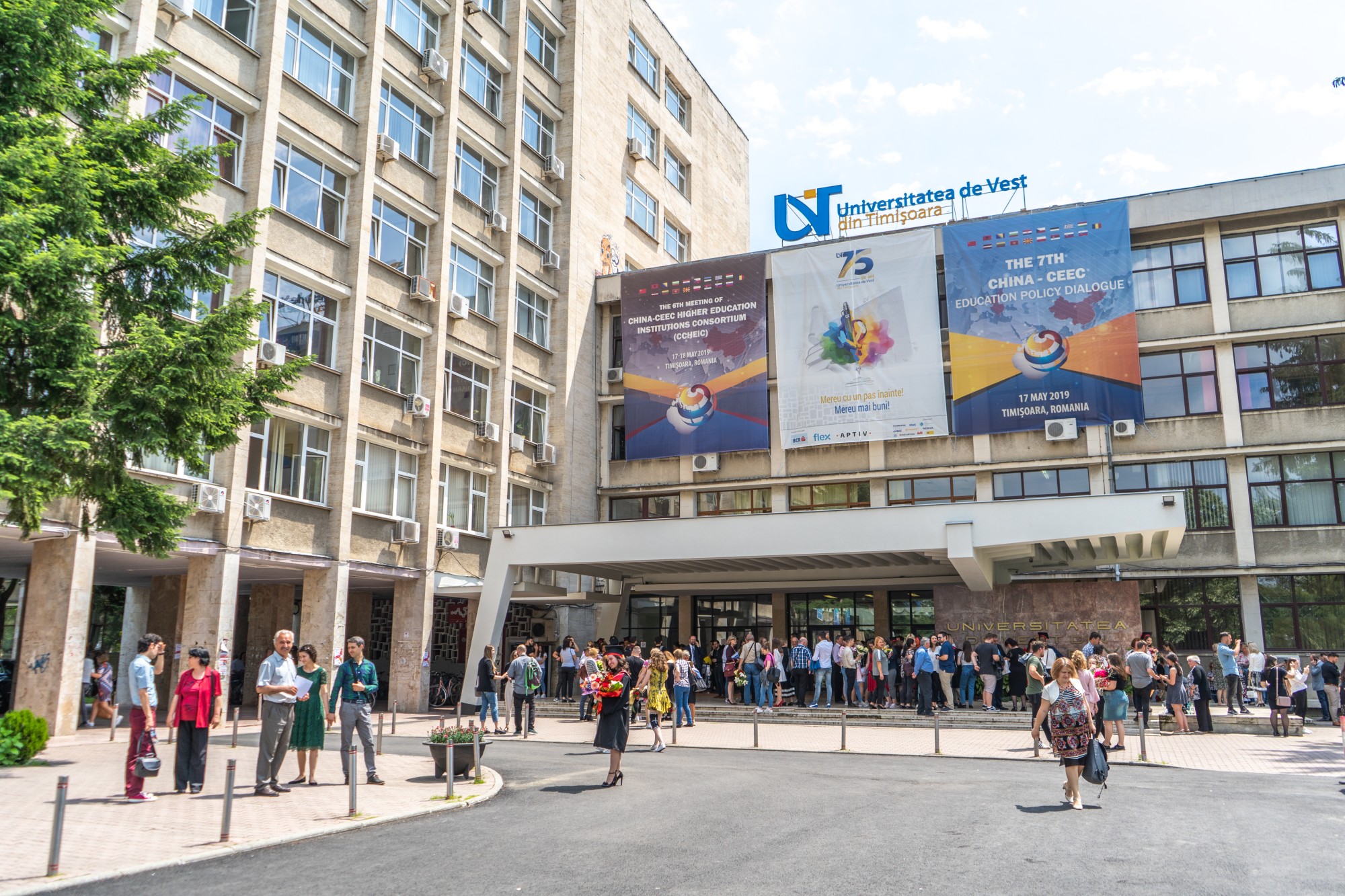