In Tanja Muravskaja’s installation Three Sisters, the artist explores how politics can affect family relations, borrowing the title from Anton Chekhov’s play from 1900 about three upper-class sisters and their complicated relationships to one another and to a world in transformation. In Muravskaja’s installation videos, two women are displayed on two screens—one on each screen—both facing forward, their gaze focused on the viewer. Both appear to be in their twenties and wear the same, serious facial expression. Their facial features are quite similar which, judging by the title of the piece, means that the viewer is to believe that they are sisters (in fact, they are cousins, but the Ukrainian language uses the same word for sister and cousin). On the screens, angled towards each other, the two women describe their respective understanding of the political situation and where they have placed themselves within it.

One of the women lives in Kiev and has taken part in the demonstrations held on Independence Square in which protesters took a stand against Russia’s involvement in what many interpret as a repressive response to Ukraine’s fight for independence. The Kiev “sister” tells about the way in which she got involved, also reflecting on the fact that her personal understanding of the opposition’s point of view is most likely a result of propaganda. In parallel, the woman in the other video voices her opinion on her sister’s political involvement, something she is very critical towards. Similarly, however, she believes that the protest movement is corrupted through faulty information and destructive forces. Neither of the sisters are approached nor interrupted, but talk undisturbed for 15–20 minutes about their experience of the state of things. The third “sister” in this context is the artist herself, a neutral and listening actor, herself a Russian-speaker growing up and living in Estonia. With a background in photography and journalism, she opposes the growing nationalism in Eastern Europe, often through the medium of portraiture. ML

Tanja Muravskaja (b. 1978, Pärnu, lives in Tallinn) studied photography at the Estonian Academy of Arts (2002–2010) and the University of Westminster (2004–2005). She also studied journalism at Tallinn University. Muravskaja rose to prominence in the Estonian art world in the second half of the 2000s with solo exhibitions presenting mainly photographic portraits dealing with (new) nationalism. Many of Muravskaja’s works focus on conflicts which, to a significant degree, were caused by nationalistic animosity and cases of overkill fuelled by an inflated sense of patriotic pride in the recent history of ‘new’ Estonia. The artist strives to analyse and understand the new Estonian identity in a country with a heterogeneous ethnic make-up. Her works are represented in the collections of Kumu Art Museum and Tartu Art Museum. Muravskaja is the winner of the Köler Prize 2018 Grand Prix, which was jointly awarded to Anna Škodenko and Tanja Muravskaja at the Contemporary Art Museum of Estonia. 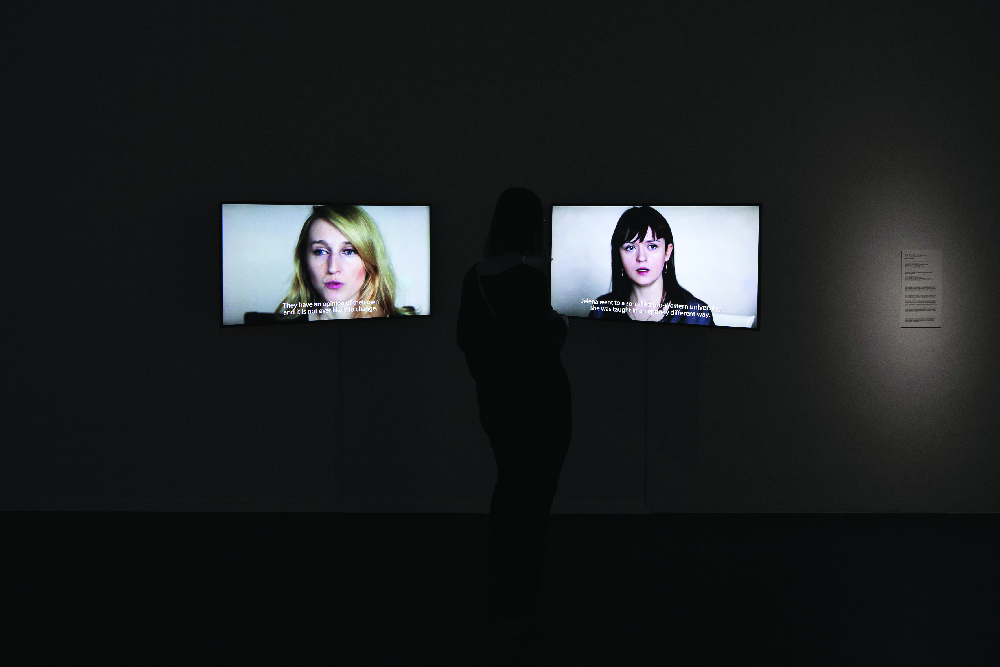