A Gentle Breeze Passed Over Us

In Pınar Öğrenci’s poetic work A Gentle Breeze Passed Over Us, a stringed instrument, the oud, softly slides across the waters of the Aegean Sea. The title of the film takes its name from a song by the Lebanese singer Fairuz. Often performed in the streets of Istanbul by Middle Eastern musicians, the song symbolizes the longing for one’s home country. Öğrenci’s film is an audio-visual testimony, a recording of the friendship established between the artist and Ahmed Obaid, a musician and oud player from Baghdad. The two met when she was in Vienna and he had arrived as an asylum seeker. In the 40 days of her stay in the city in 2016, Öğrenci spent nearly every day with Ahmed and his friends, recorded the music they spontaneously performed and the stories Ahmed would tell late into every night. The film tells the story of the resistance of a young Arab musician, who was forced to abandon his country after a childhood spent in the shadow of war, and then sought to build himself a life by playing the music in the city of Vienna. During his escape to Europe he had to throw his most precious belonging, the oud, overboard. ML

Pınar Öğrenci (b. 1973, Van) uses various media in her artistic practice, including photography, video, film, performance and installation. Her works address subjects such as migration, war, forced displacement, collective movements, nationalism, cultural assimilation and urban transformation. Using video as a tool to record her daily life practices, she incorporates her personal video archive and ready-made footage. She is the founder and organizer of MARSistanbul, an art initiative launched in 2010. Since the late 1990s, Öğrenci has written extensively on contemporary art and architecture in magazines, including Agos, Radikal, ArtUnlimited, m-est, SALT Online, Arkitera, Arredemento Mimarlık, XXI, İstanbul, and others. 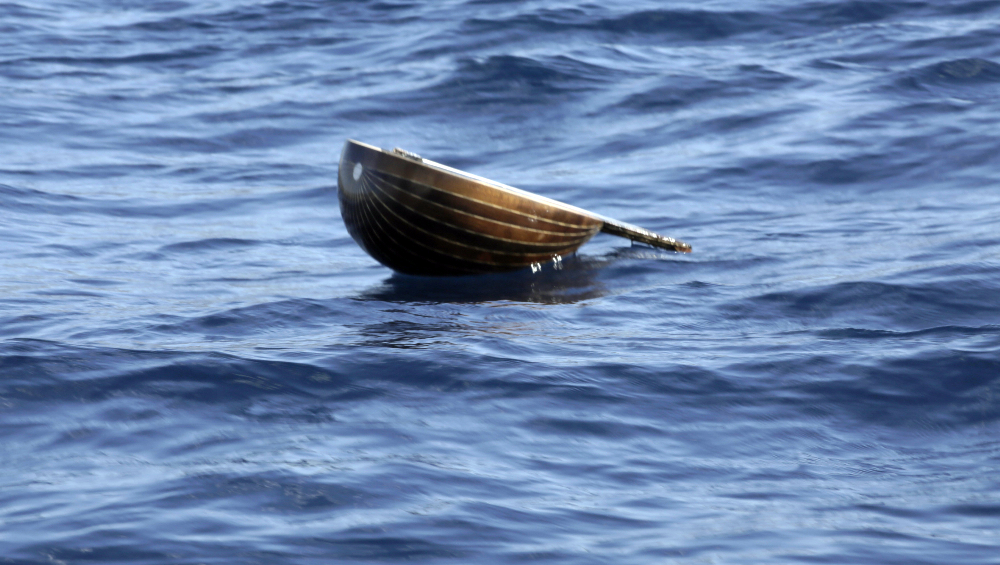 Pınar Öğrenci, A Gentle Breeze Passed Over Us, 2017, video still, courtesy of the artist