In the 2016 film The Sprawl (Propaganda about Propaganda), by the Amsterdam-based duo Metahaven, power comes from exerting sovereignty, in contrast to the nation-state oriented geopolitics of territorialism which has dominated the discourse of power and politics since the 17th century. The film includes the rise of ISIS, as well as the annexation of Crimea. It also portrays power as a kind of agency which is able, through communication, to disrupt “the other side”, undermining the belief that truth is provable. It includes the weaponization of software.

In the film, the evolution of today’s Russia is seen through one of several case studies, and it’s operating within the global-scale computing mega structure which Benjamin Bratton, one of the film’s talking and watching heads, calls “the stack”. The act of simultaneously strengthening and destroying belief is in full swing here. The stack is also an abstract vertical model, replacing the horizontal topology of geopolitics as defined by the 1648 Peace of Westphalia, its division of land into nation states having distorted and deformed the older logic. The stack’s multiple layers of sovereignties, on top of the other, is now a superpower of today, albeit, as Bratton argues, an incidental one.

In typical “metahaven” fashion, the film is particularly seductive with continuous over-layering of images and graphics, both figurative and non-figurative, with a fair amount of screens, reflections, smoke, chromatic colors, and atmospheric, slightly melancholic music. Found footage from YouTube’s Los Angeles offices, a huge Russian missile launcher caught on a mobile camera near the Ukrainian crash site of flight MH17, and street fights in Bahrain, are mixed with staged scenes in abstract spaces with beautiful young people with atypical looks. One of them athletically swings a sword “committing an act of aesthetic terrorism”, another appears with geopolitical positioning coordinates on her face. A third actress is impersonating the act of taking position. Then there are colorful flowers, decorative explosions and recurring shots from a car driving in the US upside down. Breath-taking poetry by Anna Akhmatova is recited in Russian, as are quotes from Leo Tolstoy’s What is Art? exemplifying an expressive paradigm of art, and a lyrical text by Metahaven themselves. ML

The work of Metahaven consists of filmmaking, writing, and design. Films by Metahaven include The Sprawl: Propaganda About Propaganda (2015), Information Skies (2016), Hometown (2018), and Eurasia (Questions on Happiness) (2018). Recent solo exhibitions include “Version History” at the ICA London (2018), and “Earth” at Stedelijk Museum Amsterdam (2018). Recent group exhibitions include “Ghost:2651” Bangkok (2018), the Sharjah Biennial (2017), and the Gwangju Biennale (2016). Recent publications by Metahaven include PSYOP (2018, edited with Karen Archey), and Digital Tarkovsky (2018). 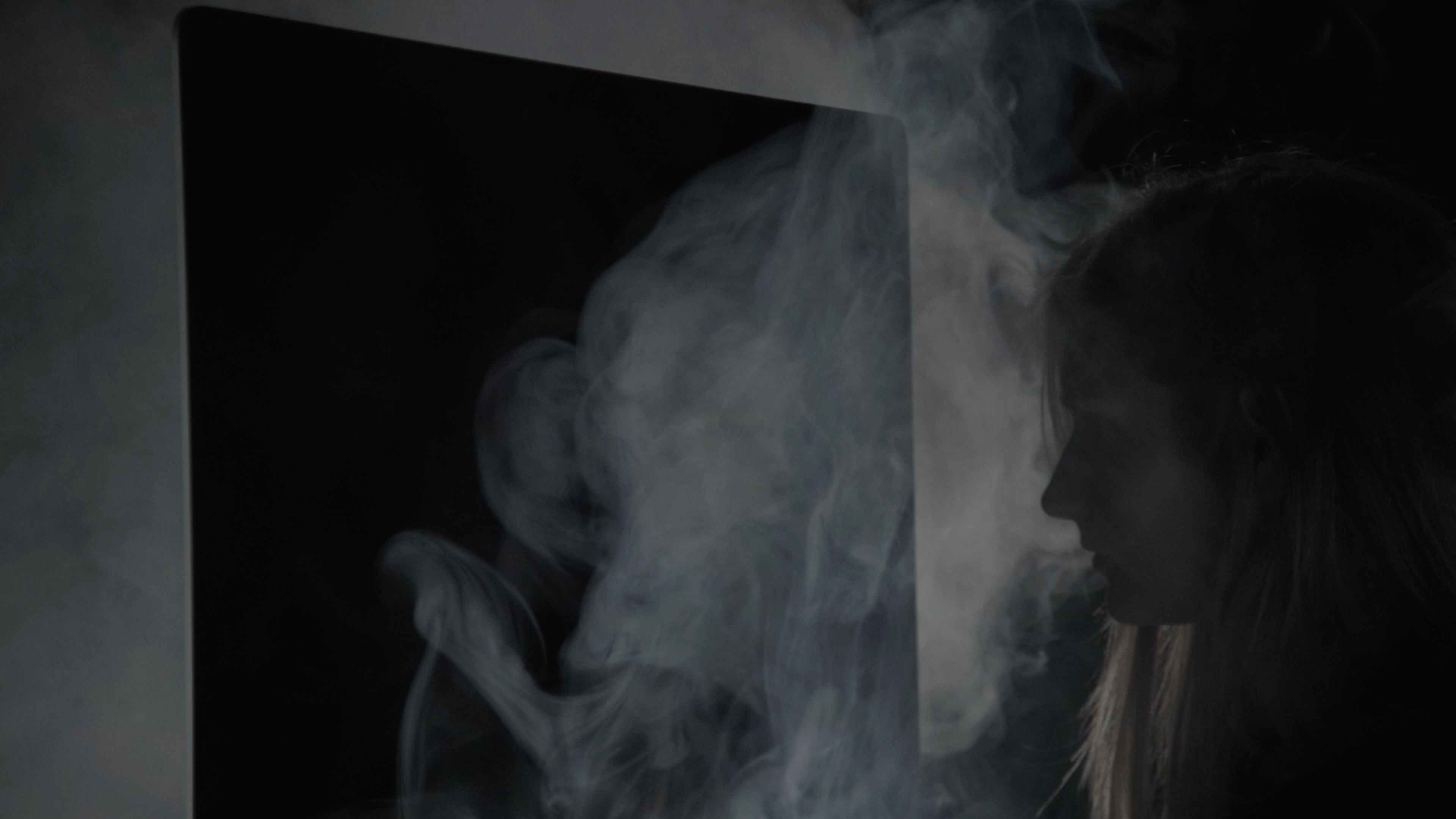 Metahaven, video still from The Sprawl (Propaganda About Propaganda), 2015, HD video, courtesy of the artists