A man is slowly and rhythmically playing the drums in a sound studio. Another man walks by and crosses over to a second studio, then stops in a third. Lawrence Abu Hamdan’s video is filmed with a steady camera outside the studios allowing the viewer to peek through their glass walls. The second man, the artist, starts the tale of a series of stories about how walls are not necessarily blocking devices but permeable. In a recent court case in the US, a military thermal camera provides evidence invisible from the exterior—that the suspect is growing weed inside the house, using lamps generating a lot of heat. In another one, muons—elementary penetrating particles similar to electrons—are described as they allow “seeing” through the walls of the pyramids and shipping containers alike. Today, while there are sixty three dividing walls between countries, it is “all wall and no wall at all”, as the artist states in Walled/Unwalled.

That sound waves can travel across borders is well-known. During the cold war, Radio Free Europe showed that the iron curtain was not soundproof. In the Soviet bloc, in the 1950s, the most advanced acoustic architecture for radiophonic propaganda was developed in East Berlin, the Funkhaus Berlin, which is where the video is recorded. At the same time, the GDR invented a new kind of prison architecture where the walls were “weaponized” against the inmates through sound, exporting the model not only to the Eastern bloc, but to Egypt, Angola, and Syria, among other countries. One of the stories in Walled/Unwalled is from one such “Mercedes-Benz of prisons” in Saidnaya, outside Damaskus—a site for the Assad regime’s horrific torture and mass executions. With a background in DIY music, Abu Hamdan has carried out one of his forensic audio investigations there, exploring how sound and politics intersect. ML 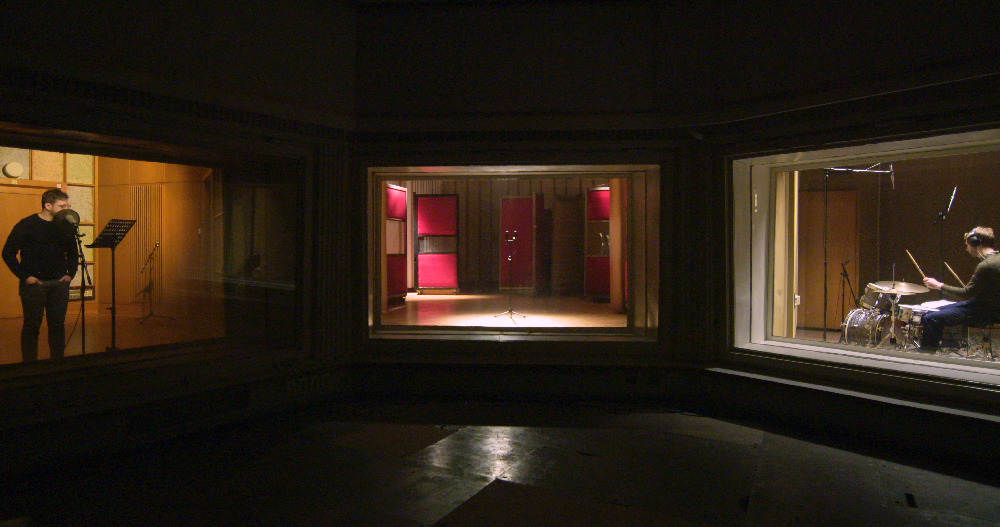