Anca Benera and Arnold Estefan enacted a performative restitution which emerges from the legal approach to the settlement of maritime boundaries and the economic interests underlying the dispute over Snake Island. Located in the Black Sea, the island had a complex history of repossessions between the Ottoman Empire, Romania, the Soviet Union and, lastly, Ukraine. Following the collapse of the Soviet Union, the Snake Island became the subject of a major territorial dispute resulting in political deadlock between Romania and Ukraine. In 2009, the International Court of Justice (ICJ) in the Hague ruled out a new maritime boundary in the Black Sea, deciding on a provisional equidistant line drawn between the two states. The principle of a pillar of delimitation in territorial waters implies drawing a line which extends halfway between the coastlines of two countries opposite or adjacent to each other. ICJ did not take Snake Island as a benchmark in delimiting the maritime boundary despite Ukraine’s claims that the territory was a full-fledged island, part of its coastal configuration. As a result, Romania received around 80% of the disputed terrain and the rights to its natural gas and oil reserves. Against the Roman ancient law Nemo dat quod non habet (literally meaning “no one can give what they don’t have”) the rights to energy resources had been sold off to multinational companies even prior to the court decision.

In the winter of 2012, Benera and Estefan cut out a 0.509-square-metre snow block from the ice-covered area of the Black Sea. The size represented the equivalent surface-unit that each Romanian national would have received, had the territory been divided per capita. Likewise, they are planning to bring 0.892 square-metre of soil from Snake Island to Bucharest, the equivalent of the surface-unit each Romanian citizen would have received had the land area been divided per capita. The artists are pointedly questioning what is at stake for the everyday citizen in a dispute with major geopolitical and economic implications. AR 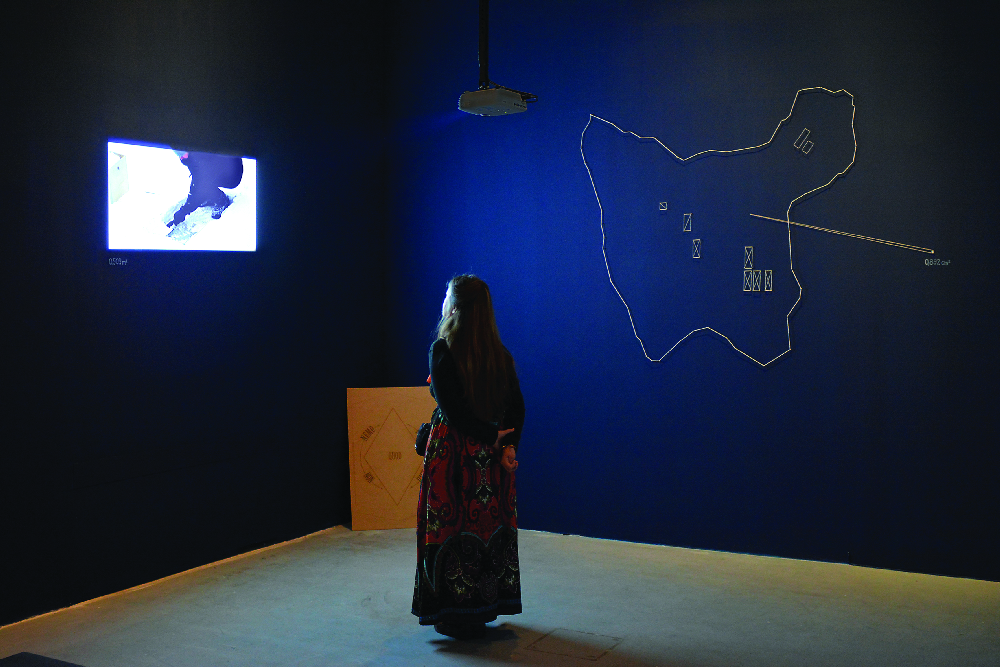