Museum of the Communist Consumer

Céline Condorelli’s project emerged from an engagement with personal collections in Timișoara and beyond. While it acknowledges the diversity of independent initiatives and forms of self-organization which shape the local cultural landscape, Collection Show addresses fundamental questions about the role and function of objects and artworks. Can an artwork be an exhibition? Can structures of display become autonomous sculptures? Can the original function of an object, before entering a collection, be recalled through its exhibition? Using a hexagon as the common root, three types of playful structures are choreographed across the space. The display is driven by seriality and accumulation, underlying principles in the collection process. Working with textiles, everyday objects from the heyday of Communism in Romania, and a diverse body of contemporary artworks, the artist conceived a series of display structures that create a unified exhibition environment in which hierarchies between collected items become obscured.

For anyone new to the city, the Museum of the Communist Consumer is an essential part to understanding and experiencing the city of Timișoara. Opened in 2015 and set up in the basement of the theatre and bar Auăleu, the museum is configured as a typical communist flat consisting of a living room, bedroom, narrow hallway, and a busy kitchen. Like the theatre and the bar, the museum was co-founded by the actor and director Ovidiu Mihăiţă. Each room is furnished, decorated and overwhelmed with objects that correspond to its function. The origins of the museum and other local personal collections (such as glass fish statues) can be found in one of Timișoara’s popular and beloved flea markets, Flavia and Aurora. This initiative is not only proposing an unusual kinship between communism and consumption, it is also based on principles that challenge conventional museum practice: a non-selective accumulation of objects and a non-hierarchical display. A different typology can be found in another personal museum, Muzeul Textilelor in Băiţa, co-founded in 2018 by Florica Zaharia, former head of textile conservation at the Metropolitan Museum of Art in New York. Located in a village three hours drive from Timișoara, Muzeul Textilelor is shaped by Zaharia’s extensive knowledge and scholarship in textile conservation and production processes. The selection of objects from these two particular collections was driven by the concept of “stuff”, according to the artist: the unspecified, the unquantifiable—but always tangible—material, physical. Condorelli searches for what is essential to life, as if we were to start again, anew, with provisions from the past.

In 2017, Collection Collective started as a multifaceted curatorial project at tranzit.sk in Bratislava, where Judit Angel, Raluca Voinea, and Vlad Morariu invited close collaborators. The project evolved into an alternative model of collecting, whereby the collection is owned and managed by all its owners, rather than by an individual. More than 50 artists have donated works to the collection, a selection, which also includes works on loan, is presented in the framework of the Collection Show.

A fourth collection is comprised of a series of intimate paintings by Mona Vătămanu and Florin Tudor who, since 2007, have been depicting social unrest across the globe. This collection was included in conjunction with the three artists meeting during a research trip to Timișoara, and provides a context to the exhibition. AR

Céline Condorelli (b. 1974, Paris) is a London- and Lisbon-based artist, and is one of the founding directors of Eastside Projects, Birmingham; she was the author and editor of Support Structures published by Sternberg Press (2009). Recent exhibitions include Zanzibar, permanent installation for the Kings Cross Project, London, and exhibition at Vera Cortes, Lisbon (2018); Proposals for a Qualitative Society (spinning) at Stroom Den Haag; Corps á Corps at IMA Brisbane, Australia (2017, including a sculpture garden which won the Australian Institute of Architects Art and Architecture Prize), Gwangju Biennial, Liverpool Biennial, and at the Sydney Biennial; Concrete Distractions at Kunsthalle Lissabon (2016); bau bau at HangarBicocca, Milan (2015); Céline Condorelli at Chisenhale Gallery; Positions at Van Abbemuseum and in the publication The Company She Keeps, with Book Works (2014). Her first monograph, bau bau is published by Mousse (2017). 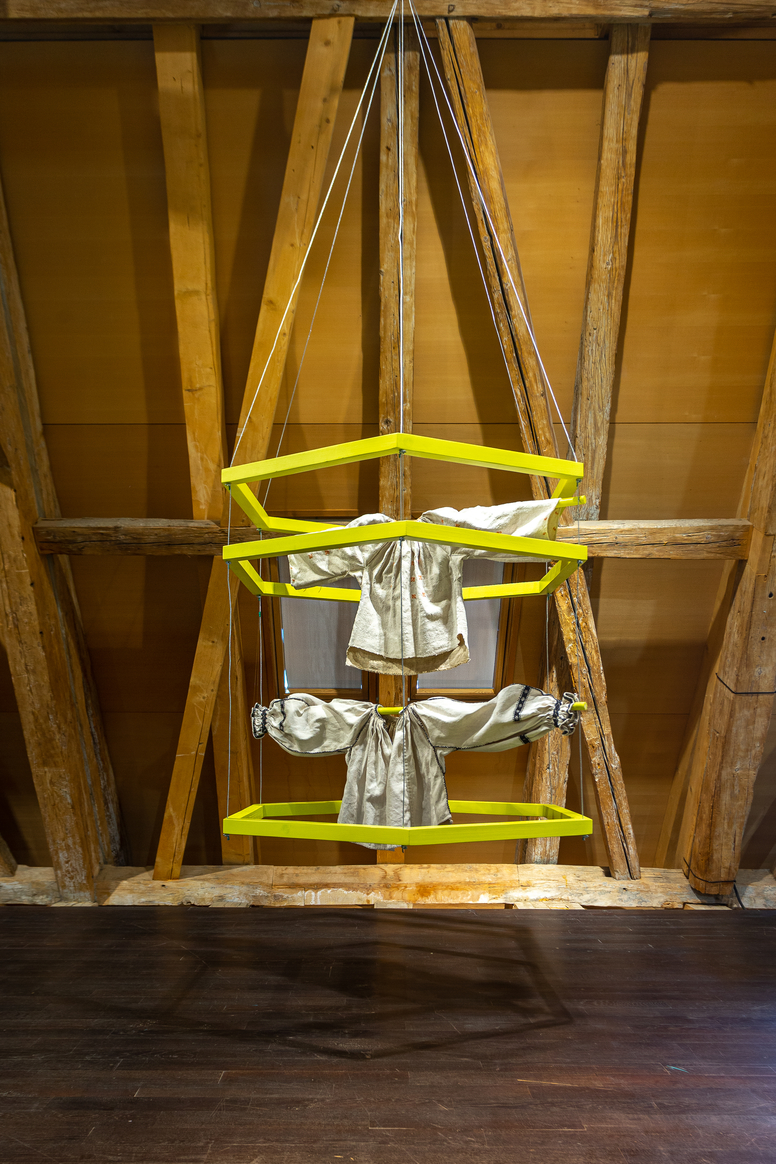